Bloodborne update will add “The League” and NPC co-op partners 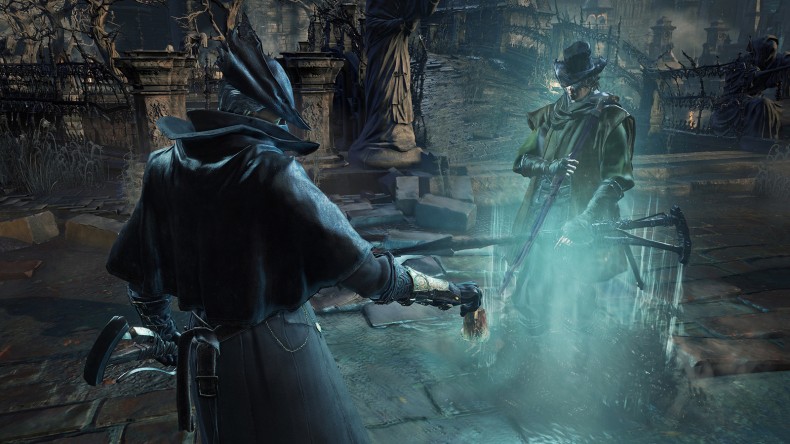 Over on the official PlayStation blog, SCE Japan Studio’s Masaaki Yamagiwa has detailed a patch that will bring new features in anticipation of The Old Hunters DLC, coming November 24.

It includes something called The League, as detailed below:

The League is a band of Hunters who have taken an oath and are bound by a single purpose. By aligning yourself to The League, led by a mysterious figure in a constable’s garb and bucket helmet, you can assist other players online in the game and compete in The League’s online rankings leaderboard.

In addition to The League, players will also be able to use The League cane and summon co-op NPCs within the game, perfect for tackling challenging areas and bosses.

As well as the game of the year edition, in a cool touch, Sony are offering the most dedicated players a nice reward:

As a special treat for all you hardcore Bloodborne players who have already earned your Platinum Trophy, or are close to unlocking it: in the very near future we will be sending out voucher codes for an exclusive PS4 theme to Platinum Trophy holders. There’s no other way to get your hands on this theme other than to master the game.

I’m looking forward to jumping back into Bloodborne. Will you be picking up the DLC? Sound off in the comment section, below.