How hard is Bloodborne: The Old Hunters? 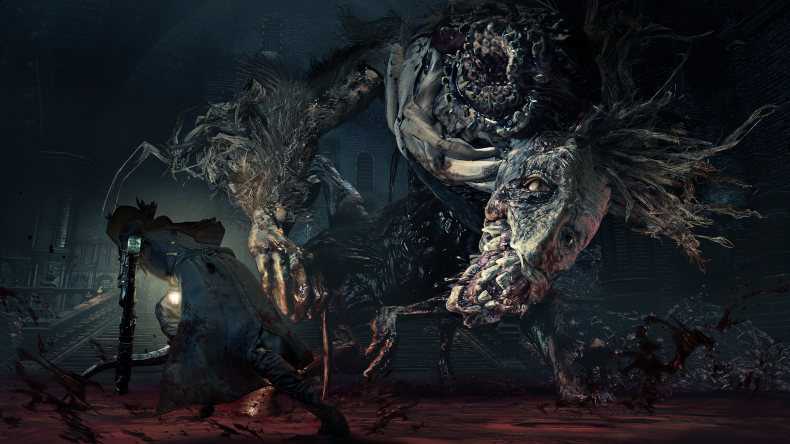 Usually, about this time, when an embargo lifts, we’d have a nice shiny review for you. Unfortunately on this occasion, I’m sad to say we don’t.

And not because I was too busy writing a fucking massively self-indulgent article about the whys and wherefores, or any such other crap you don’t care about, but no, on this one it’s simply that we haven’t finished the game: it’s damn hard, and our man Greg was under-leveled when he first tackled it.

You see, this DLC requires you to be around level 65, and to have beaten the Vicar Amelia boss fight (which I’ve just done on NG+, all by myself and don’t let that bastard Greg tell you otherwise). Neither were a problem for our intrepid blood-infused young Greg, he’d finished the game and was into new game plus. Unfortunately, his level 94 character is under-leveled because he’s in new game plus. His other character, by some stroke of genius, was from a save right before Amelia, so a quick defeat and he’s in. Unfortunately he’s only level fifty-something, and even when you’re at the right level, it’s bloody hard. Really hard. As hard as a pit-bull terrier licking piss from a stinging nettle. That hard.

So The Old Hunters requires a bit of planning, then, but we wouldn’t leave you flacid for long, so please enjoy seven-ish minutes of the opening of the DLC. Then subscribe, or something.