Trackmania Turbo Will be Compatible with Oculus Rift and PlayStation VR 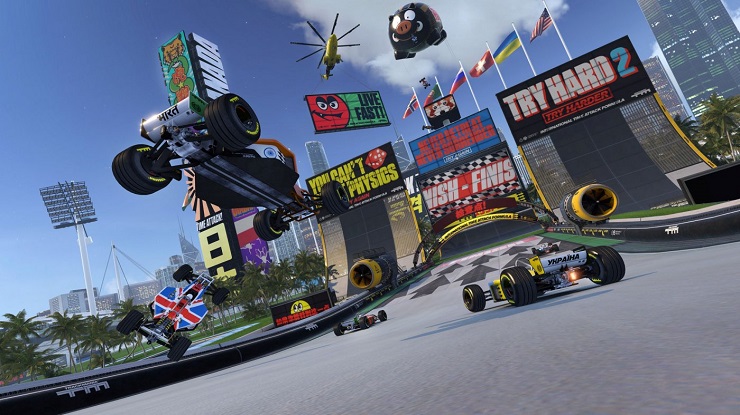 It was announced today that Trackmania Turbo will be compatible with Oculus Rift and PlayStation VR when they are available. The game will be developed by Ubisoft studio, Nadeo and is set to be released early 2016 for PlayStation 4, Xbox One and Windows PC.

Trackmania Turbo is the latest instalment in the Trackmania series and features an “easy to learn, hard to master” arcade racing universe with time-attack gameplay where players can set their own limits and challenges. There is a campaign mode that features over 200 crazy tracks set in four diverse environments, including a tropical paradise, a magnetic rollercoaster and sandy beaches.

The game was also part of the Electronic Sports World Cup at this year’s Paris Games Week for the ninth consecutive year, showcasing the game’s compatability on the Oculus Rift. Check out the 360° demo below and see whether you think Trackmania Turbo is a perfect fit for the future of virtual reality:

Video games are cool. Don't let anybody tell you any different.
MORE LIKE THIS
NadeoOculus RiftPlayStation 4playstation vr