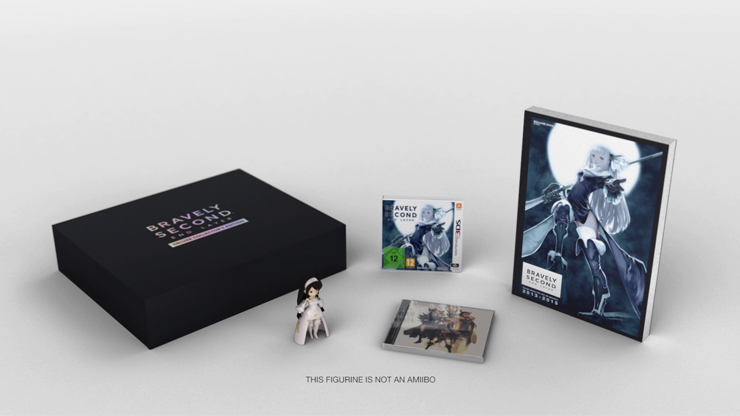 Nintendo just announced details for Bravely Second: End Layer’s demo and release date. While the official release is this February, you can get your hands on the demo on 11 February.

For the collectors out there, there’s a big collectors edition being made available and this includes a soundtrack CD, Agnès mini figure, and an artbook all inside a nice big box. For a change, the artbook is a full 250 page one and not the thin booklets some of the other collector’s editions have these days. Check out the Collector’s Edition trailer here.

The demo will include three cavaliers and will be a prelude to the full adventure and as with Bravely Default, this will unlock rewards in the full game depending on demo progress.

Bravely Second is the start of what looks to be an amazing year for RPGs on the 3DS with Dragon Quest VII,VIII, Fire Emblem Fates, and more coming out before the year is up.