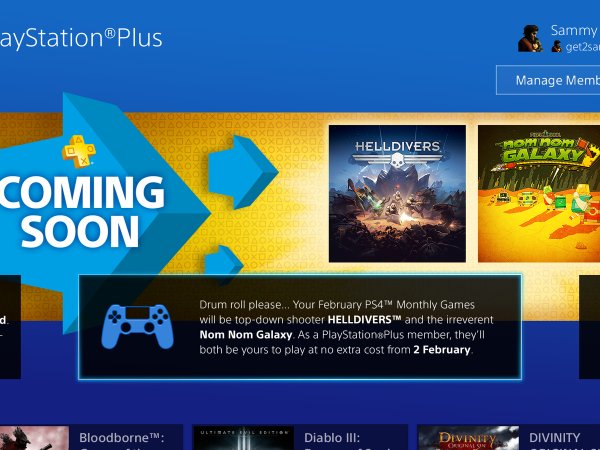 Due to a presumed error on the new-gen users interface, the two PS+ titles you’ll  be able to pick up for free this month on the PS4 have been leaked, though they are unconfirmed as of yet.

First up is the excellent co-operative isometric space shooter, from Arrowhead Studios, Helldivers. Since it’s going for free you have no excuse to not pick it up and get shooting aliens with your pals – trust me you’ll have a blast.

Also coming to PS+ in February is factory-sim Nom Nom Galaxy, from the Pixel Junk series.

Although the leak seems genuine we’ll presume these to be rumours until the full line up is announced by Sonny.