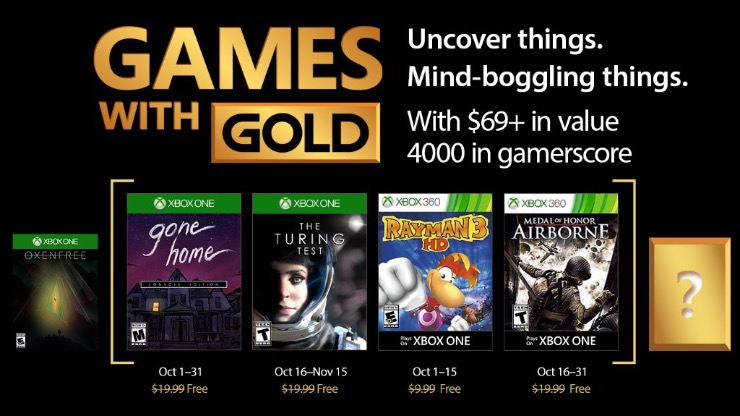 The games are available for users with an active Xbox Live Gold subscription. Xbox 360 games are playable on Xbox One through Backward Compatibility.