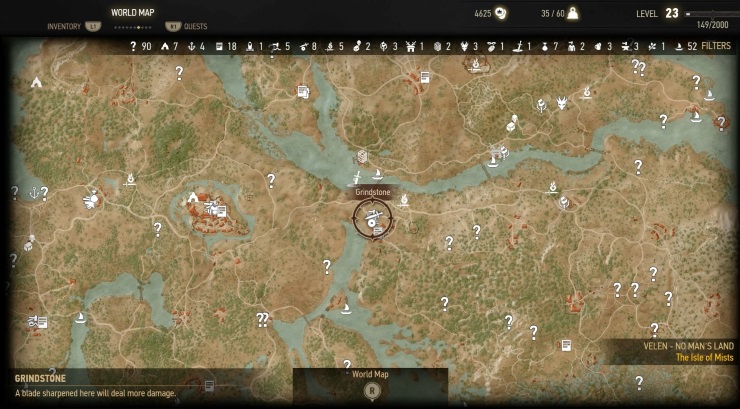 How many of the games you’ve bought last year have you’ve played until the end credits?

I recently wrote about slowing down and enjoying the games you have, as opposed to joining the rush to playing the latest “must have” title before it was spoiled through social media and the like. To me though, this is only half of the issue.

Looking at the games that I’ve seen through to the end credits, excluding the review titles I’ve been assigned, my completion list is embarrassing to say the least. The Order: 1886, Until Dawn, and Transformers: Devastation are about all I managed to finish in 2015, while the year before, it was the likes of The Last of Us and Tomb Raider on the PS3 that went the distance. I had a damn good time playing through them, and looking at them now, I see a common factor running through them all. They do a fine job of keeping themselves relatively linear and to the point, and none of them rely on open world, sandbox, side-quest filler to “enhance” the experience.

I’m a gamer of advancing years and short of free time. I’m able to snatch an hour or two every three or four days at the very most if I’m lucky. I’m not alone as well, it’s a common theme for my older demographic to simply not have the time to spend on trivial pursuits like 80-hour gaming sessions, especially when partners and children and dull reality television demands your time instead. I’m never surprised to hear my more time fortunate gaming friends rattle off a list of games they’ve spent thirty or so hours in, and feel like they haven’t scratched the surface or already have the game world map lighting up like a Christmas tree every time they press start with a list of possible quests they can undertake.

Even though a lot of quests are marked “optional”, even The Witcher 3 needs you to complete side quests to level up, going as far to warn you how messed up you’re going to get if you proceed into certain areas so you should turn back and gain some more experience. Only those who keep the strictest of self-control will keeps things linear, and they’ll find sticking to the path hard going. Most of the time, if you need to level up either your equipment or your skills, side-quests become a necessity and an entertaining distraction from the main story, and can even provide snippets of contained genius. Though in my experience it doesn’t take too long for them to become a chore, almost something you are forced to tackle to make you feel like you are getting value for money. I’ll never ever read a review to find out how many fetch quests there are, and it certainly won’t feature in my reasons to pre-order something.

It’s the padding that grates with me. I question the design decisions to change a reasonable 30-hour experience into something closer to almost double or triple that size, where the sheer number of options available to you is overwhelming and clouds over any attempts to deliver a compelling and engaging experience. I wonder how many times the final battle or endgame of a AAA-title hasn’t been close to seeing the light of day because game exhaustion sets in. You can only go on a “find the important item” or “liberate an area” quest so many times before you wonder why you are bothering, and realise you aren’t really moving forward – it is more like you are wasting time waiting for the path to your real destination to turn up because someone has decided that needless procrastination is equal to value for money.

Developers: I want to see the ending of your game. I would like to see how the protagonist triumphs and overcomes adversity, I want to be armed with the most powerful weapons or skills and dominate the landscape. I also want to feel there has always been the underlying current of urgency behind it all, which seems to be lost when you’re free to muck around for as long as you like picking flowers! I would also prefer to not have to play for the next six months to achieve it either, as truth be told, I will have moved on to something else. I want open world exploration to be the reasons for my actions and not a limp excuse as to why I now have freedom and environment and lack of direction to do whatever I want. Keep me to the path and tell me your tale.

Bloated, overly long games are so common that I found being able to finish Until Dawn really quite refreshing, almost unusual, compared to what sits in my current “to play” list. There was the sense of achievement and there was also the temptation to go back and play through again, to see if I could improve on how I played and maybe even go through a slightly different experience. Even if I did invest the time on the likes of Dragon Age: Inquisition, I’m not likely to go back and jump in again, because I know there will be the opening twenty hour slog to go through to before it really gets interesting. It’s why I’m giving Bloodborne another chance, be it through gritted teeth, because I know I’ll get through it by inches, and see the ending quicker than its AAA bedfellows. It’s a lean little vicious bugger.

It’s no longer a question of taste, but a question of time. I would rather experience a game from beginning to end as the developers, writers, and artists envisaged when they they had their creative brainstorm sessions, when they we deciding on the character progression, and when they planned out the explosive finale. This obsession to make everything so long-winded in order to give the illusion of value doesn’t, and shouldn’t, need to apply to every new release. It makes you imagine what a development team could bring to the table if they shortened the game length and concentrated on the fun instead, to a swift but satisfying conclusion.