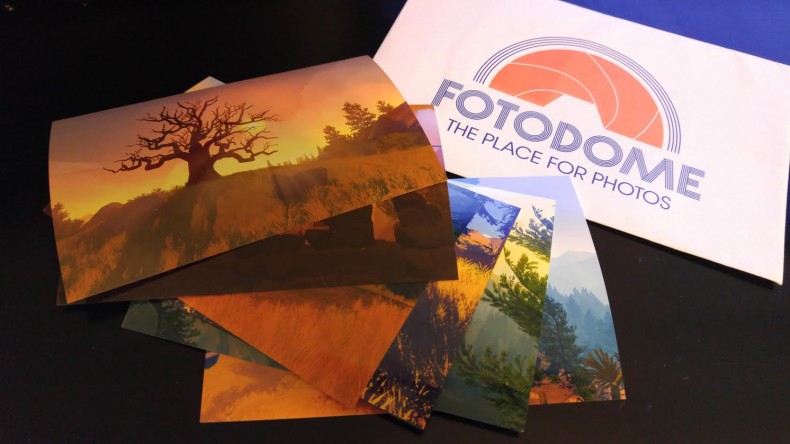 Eurogamer reports that you’re able to take photos in game using a disposable camera, then upon completing the game, you’re able to visit an online store and place an photo order containing your in-game snaps. The photos are developed and sent by “Fotodome”, a fake photo development company created by game developers Campo Santo. Fotodome is referenced in game, and their logo is even printed on the envelope you’ll receive your photos in. You can see what your envelope will look like above, courtesy of TechnoBuffalo.

Publisher Panic, Inc co-founder Cabel Sasser told Eurogamer that this service costs $15 (around £10) and it’s the same price worldwide. The pictures are printed and shipped directly from Panic’s headquarters in Portland, Oregon. “Obviously, we make less money off of UK orders. To keep the product affordable we’re shipping First Class Mail. The good news is that lets us hit $15. The bad news is it can take up to a month for First Class Mail to make it across the so-called pond.”

When Eurogamer asked whether the feature could be coming to consoles, Sasser responded: “We’re actively investigating it for the future but have nothing to announce. Keep an eye on our Twitter etc. if and when we have anything to say!”

Firewatch releases today on PS4 and PC. You can read Adam’s review of it, saying it is the best game released this year so far. Big words. Adam and Colm also spoke to one of the game’s programmers Patrick Ewing a couple of weeks back on our podcast. You can listen below.

Currently an English, Journalism and Creative Writing student at the University of Strathclyde. Based in Glasgow, I spend most of my free time playing video games ranging from Japanese visual novels to horror games. You can contact me at greg@godsiageek.com!
MORE LIKE THIS
Campo SantoFirewatchPhoto!physical