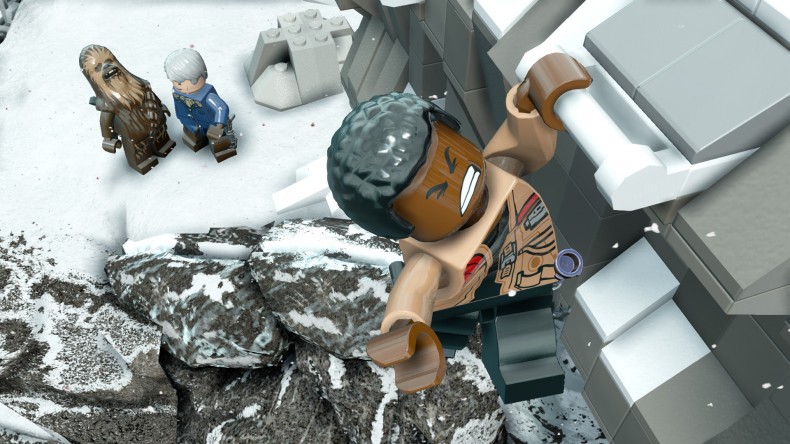 The latest Star Wars outing is getting the LEGO treatment courtesy of TT Games and Warner Bros., with a release on a huge variety of consoles coming this summer.

Warner Bros. today announced LEGO Star Wars: The Force Awaken is currently in development is scheduled to release on June 28. Following the plotline of Star Wars’ December release, the game will introduce some brand new mechanics like the “Multi-Builds” system – where players can choose from multiple building options to advance the game. It will also provide new story content by bridging the the gap between Return of the Jedi and The Force Awakens.

“We’re extremely proud of the LEGO Star Wars videogames, truly an incredible franchise that has sold more than 33 million copies and helped ignite a passion for numerous fun-filled LEGO games enjoyed by countless gamers around the world,” said Tom Stone, Managing Director, TT Games. “LEGO Star Wars: The Force Awakens will be pushing the series forward with innovative new gameplay mechanics, while also exploring new parts of the universe that are sure to excite and delight both LEGO and Star Wars fans, as well as newcomers to our games.”

The game will feature all of the film’s new characters such as Rey, Poe Dameron, BB-8, Kylo Ren, General Hux and Captain Phasma as well as the locales, like Jakku and Starkiller Base. PS3 and PS4 players will receive exclusive content in the form of  the Droid Character Pack and the Phantom Limb Level Pack. More details on these will be revealed in due course.

LEGO Star Wars: The Force Awakens is releasing on June 28 and will be available on PC, PS3, PS4, PS Vita, Xbox 360, Xbox One, Wii U and Nintendo 3DS. See the announcement trailer above.

Currently an English, Journalism and Creative Writing student at the University of Strathclyde. Based in Glasgow, I spend most of my free time playing video games ranging from Japanese visual novels to horror games. You can contact me at greg@godsiageek.com!
MORE LIKE THIS
Announcementlegolego star warsrelease date