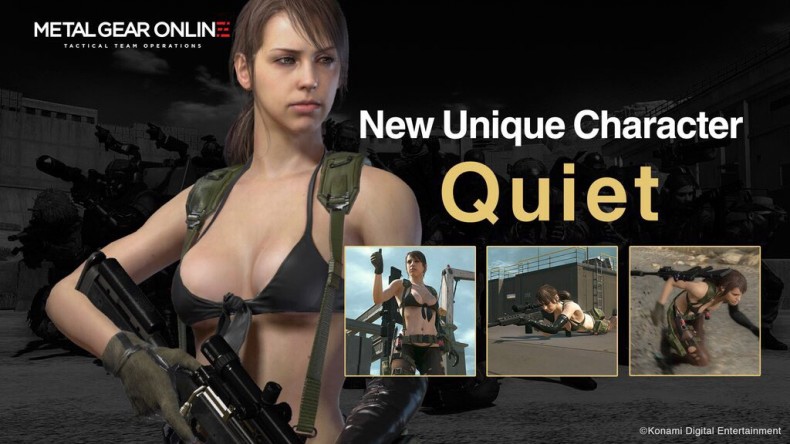 Titled ‘Cloaked in Silence’, the expansion will cost €3.99 (UK pricing yet to be confirmed) and will be released sometime next month. The DLC will include Quiet, the three maps as well as adding the Appeal Action feature, which triggers unique character poses. The three news maps are detailed below: The update will also bring a new competitive mission called Sabotage, which will be free to all players. Attackers must destroy or fulton an enemy missile before the round expires; but to access the missile, attackers must first hack into the Terminals to deactivate the Electromagnetic (EM) Barrier that is protecting it. Once the Terminals are hacked and the EM Barrier is deactivated, defenders can choose to reactivate the Barrier or protect the Missile.

Currently an English, Journalism and Creative Writing student at the University of Strathclyde. Based in Glasgow, I spend most of my free time playing video games ranging from Japanese visual novels to horror games. You can contact me at greg@godsiageek.com!
MORE LIKE THIS
CharacterDLCKonamiMetal Gear Online