previous
Watch Dogs 2 will be released before April 2017, says Ubisoft
random
next
Newsround - Backwards Compatibility on Xbox One
0 comments 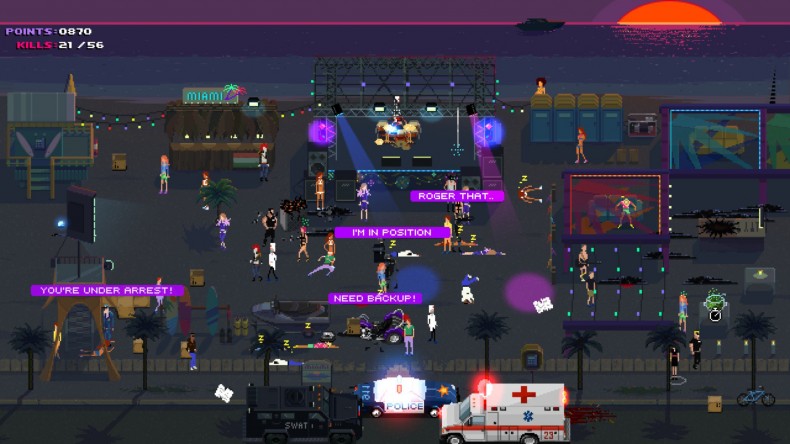 tinyBuild games have announced that their party murder simulator Party Hard will hit PS4 and Xbox One this spring.

Players take control of a severely pissed off neighbour, who can’t sleep because the yobs next door are having a party. The police aren’t interested in helping, so you have to take matters into your own hands. Party Hard has semi-procedural environments and focuses on unique ways of killing people. In the greatest traditions of sneaking games, your main goal is to not get caught, while silently picking off unsuspecting victims one by one. Dancing and blending in during a suspicious situation is key.

Here are some of the features that will be found in the console versions:

No release date yet, but we’ll keep you posted.

Currently an English, Journalism and Creative Writing student at the University of Strathclyde. Based in Glasgow, I spend most of my free time playing video games ranging from Japanese visual novels to horror games. You can contact me at greg@godsiageek.com!
MORE LIKE THIS
AnnouncementPS4release datetinybuild games