previous
Carmageddon: Max Damage announced for PS4 and Xbox One
random
next
UK Charts: Not even Street Fighter can knock Black Ops 3 off the top
0 comments 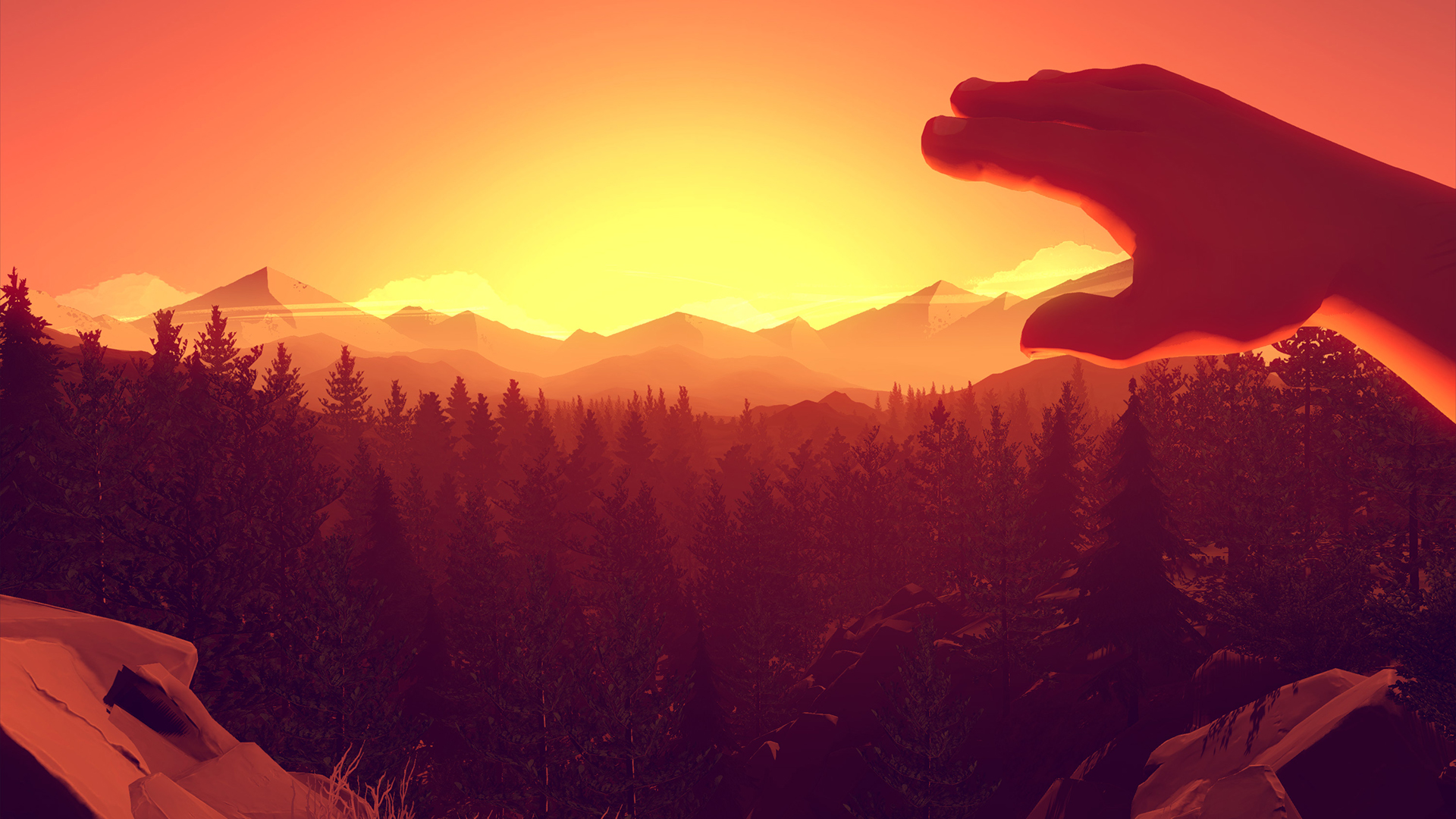 This article contains spoilers for Firewatch.

Firewatch is one of the most beautiful looking video games in recent memory. Not only is it aesthetically pretty, but Campo Santo’s wander-game pushes the boundaries in how dialogue should be used in videogames. The back and forth between Henry and Delilah is so natural and familiar, like two normal people having a conversation. Listening to the two of them chatting while wandering through the orange veneer of a breath-taking national park provided a unique and personal experience. Maybe a little too personal, I guess. As I spoke to Delilah, she seemed so down to earth – so nice; knowing that Henry’s wife was at home dealing with dementia made it difficult to attach myself to her. I felt guilty when we laughed or made jokes, I was uncomfortable when she paid me a compliment and when she spoke of her insecurities I felt remorseful when I tried to lift her spirits.

I convinced my actual wife to sit down and play the game with me (something she doesn’t tend to do because she isn’t into games) due to her love of Everybody’s Gone to the Rapture last year, so we decided to play through Firewatch in its entirety. The first thing I was struck by was the instant bond Henry and Delilah had, and how phenomenal the script was. Every response felt natural and normal. She felt like an old friend more so than a new one and every joke or conversation we shared built a friendship that would last a lifetime, or so it seemed. Delilah was a made up character built with algorithms and computer code, but I felt for her, too.

I could see something begin to unfold between her and Henry, but it wasn’t until halfway through that flirting with Delilah started to feel a little more concrete, like the start of something I wasn’t sure I wanted to happen: she made some nice comment about Henry and I didn’t know how to respond. I felt nervous and odd, something I hadn’t been familiar with for some time. Being married in real life made this an uncomfortable experience at points. Don’t get me wrong, Firewatch is utterly beautiful in every way and I enjoyed every single second of it, but I never expected to feel guilty for being nice to a woman that was lonely and insecure.

Henry was conflicted and in a way, so was I. Having to make these decisions was difficult because I felt this woman starting to fall for me, even though I had no intention to do the same. Part of its charm is choosing to entertain the notion of romance or refrain from it, and I’ve only played through Firewatch once, but when the question comes in at the end as to where the two of you should end up, my answer was to say goodbye to Delilah and return home to my wife, regardless of whether I was right or wrong. Lauren (my actual wife) and I never really spoke about Henry and Delilah’s relationship. I’m sure if we had have done, she would’ve told me how she felt for Delilah and how she could understand her actions, mainly because my wife is such an understanding and caring individual. I’m not really sure what I would have said to my wife.

Firewatch made me think about what I would do if I was ever in that position and how I would react to the story that was unfolding in front of my eyes. It made me think about whether or not I should flirt a little and go through with it or eventually break her heart with that old ‘unrequited love’ shtick. When those credits rolled, I realised I had already made the same choices I would make in reality as the ones I did in those moments. I said goodbye to Delilah and headed back home to my wife, grateful that I had stayed faithful, thankful I could spend the rest of my life guilt free. I’m sure I would remember Delilah and those three months for the rest of my life; I wonder whether Delilah ever found happiness or whether she ever found a way to deal with the guilt she felt over Brian Goodwin.

Of course Henry isn’t a real character, but all the same I understood why he may have felt conflicted and confused. Henry had struggled in recent years and this job was a chance for him to maybe find a little clarity and assurance in himself. What he found was a relationship that made him realise what kind of a man he was and that hidden layer to Firewatch is what makes me love it so much.

Video games are cool. Don't let anybody tell you any different.
MORE LIKE THIS
Campo SantoFirewatch