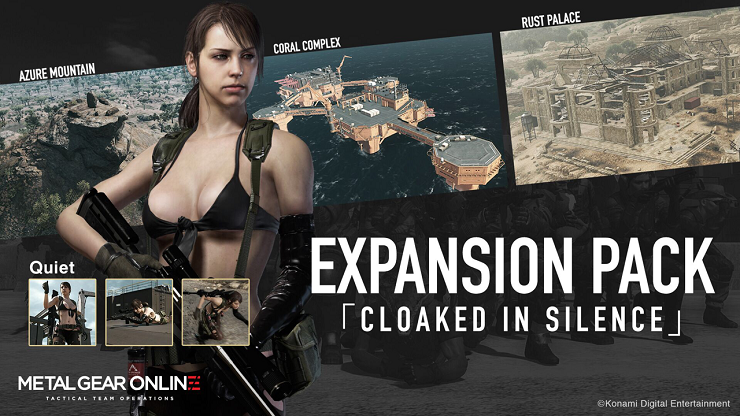 Quiet will become a playable character in Metal Gear Online when the Cloaked in Silence DLC releases in two weeks on March 15th.

The new expansion will also include three new maps in Coral Complex (a Mother Base style location), Rust Palace (a bombed out palace in Afghanistan) and Azure Mountain (a lush, green mountain in Angola-Zaire).

In addition to this, a new mode will be added on April 7, SURVIVAL. In this players need to compete for the best win streak to gain greater rewards at the match end. People who don’t purchase the DLC will be able to try out the new maps within the SURVIVAL mode up to ten times per week, while those who do purchase the DLC will get unlimited usage of both the mode and maps.

Metal Gear Online is a free download that is accessed through Metal Gear Solid V: The Phantom Pain which our man Stubbsy gave 10/10. You might want to check it out.

A lover, not a fighter and an all round good guy (he would say that, he wrote this after all), he's happy to be here as part of GIAG.
MORE LIKE THIS
KonamiMetal Gear OnlineMetal Gear SolidMetal Gear Solid V: The Phantom Pain