Season Passes – Reasons To Be Cheerful 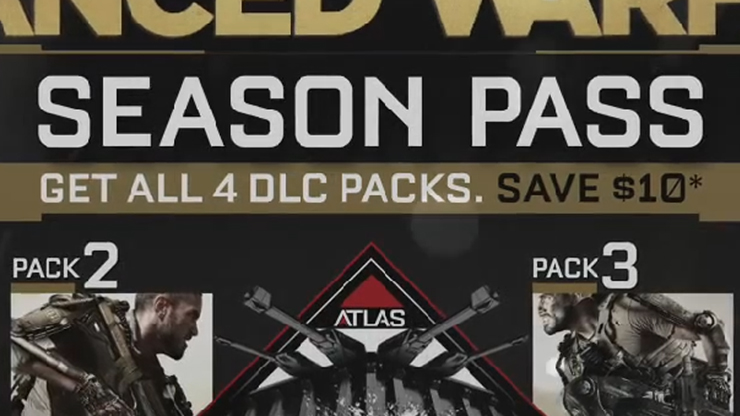 Are Season Passes really that bad? Can they deliver value to the consumer? Sounds like another Reason to be Cheerful, to me!

Thank you for shopping at Nondescript Gaming Retailer. That’ll be £55 for your copy of Awesome Shooter 12: Revolution-gence: Definitive Edition. Can I interest you in a Season Pass for the same cost of the game itself?

That’s fine, can I interest you in a….

REASON TO BE CHEERFUL.

Retail games can be pretty damn expensive. And then, there’s the matter of downloadable content. I mean, very few games are released with free DLC – 99% of it requires cold, hard cash. This episode isn’t really about whether downloadable content is a good thing, that’s possibly a topic for another time – Rather, I’m talking about something that came a little later on, and is something that is frowned upon even more than having to pay for add-on content.

Every major retail game these days has a Season Pass, and on paper it sounds like a sensible idea. You buy a game, and if you want, you can buy a bundle of downloadable content for a cut down price, and in some cases get extra content that isn’t available to non-Season Pass owners. There’s still the option of being able to buy the majority of that game’s DLC on a piecemeal basis, picking and choosing what content you want and binning what you aren’t interested in; but for the most part, the Season Pass is still the cheaper and more attractive option.

There’s a certain level of controversy towards the marketing of Season Pass, as it always feels like we’re being marketed Season Passes before a game is even released. Infact, in more and more cases these days, the moment a game comes out, we’re told a Season Pass is coming. Publishers are getting more eager to get you to commit your hard-earned money on preordering a game, as well as that mystery grab bag Season Pass. It’s highly possible and has even been reported in a few instances that at this point, not even the developers know what content they’re going to be selling to you, yet you’re encouraged to essentially gamble on this extra stuff for a game you might already be taking a gamble on with a pre-order.

I know this is Reasons to be Cheerful, but even I can’t quite justify purchasing a Season Pass before the content is announced. I mean, you can’t guarantee that a brilliant game will have DLC of a comparable quality, especially as some publishers will task an entirely different developer to work on the extra content. Batman: Arkham Knight, I’m looking at you. I’m sorry to pick on you again, but you’re a pretty damn good example of how Season Passes can go horribly wrong. A very good game, developed by Rocksteady, with DLC developed by Warner Bros. Montreal, who were behind the slightly underwhelming Arkham Origins. While admittedly there was a consistent stream of Season Pass content released, none of it stood out as being great or even good, as extra racing and combat challenges seemed to be the focus, while the more traditional extra levels were too short and underwhelming to be of note. But by that point, many people, including myself, had spent that money.

But, and this is a big but, not all Season Passes are made equal. I’d like to think that each and every one of you have purchased a Season Pass at some point, and I’d likely wager quite a few Jelly Babies that you’ve all bought one Season Pass that you’ve enjoyed. I can name games like Fallout 3, LA Noire, Borderlands 1 & 2, and even Mario Kart 8 that all had some sort of great Season Pass. The reason these passes were great is because they outlined a lot of the DLC that was on the way, most of the content that came out of these passes was great, and more important, they offered great value.

From my viewpoint, it feels that there was a lot of thought put into these Passes and their content, and that’s why they worked. They are examples of what downloadable content should be, extra gameplay, levels, tracks, characters, etc. that give you something to do when you’ve exhausted the majority of that game’s content.

Much like the ideal implementation of downloadable content, Season Passes are at their best when they provide value to the consumer, and when enough information has been released to convince us that a pass is worth purchasing.

Recently, there was some outrage over the Fallout 4 Season Pass. For those who don’t know, Bethesda recently announced some of the upcoming DLC for the game’s Season Pass, while also increasing its price due to them developing more extra content than previously expected. Of course, no-one wants to have to pay more money for something, and as you can expect the reception towards this price hike was more than a little heated in some corners of the ‘Net.

However, Bethesda should get some credit for a) Adding more content to their Season Pass, and b) Warning people a few weeks in advance that this price increase was coming, giving everyone an opportunity to pick up this content at the lower price, while also announcing some of the packs that were coming over the next few months to justify a purchase of this pass to encourage consumers to buy up before the price hike. Disclaimer, I was one of those people.

There isn’t anything wrong with Season Passes, for the reasons mentioned earlier in this video. In most cases, the choice of whether to come up with a Pass is down to the publisher, and it’s down to them to work with developers to make sure that these digital bundles of extra content provide value to an audience, much like any purchasable item. You can slam some Season Passes for being worse than others, you can view them as a cynical cash grab, but at the end of the day, it’s up to you as a consumer to make the decision to purchase a Season Pass or not.

That was another Reason to be Cheerful, and I’ll be giving you more Reasons in a fortnight. If you have a controversial topic you’d like me to turn into a positive, let me know in the comments. Otherwise, I’ll be back next week for a brand new episode of the Retrocast. Goodbye!

A veteran GIAG member, I've been writing, talking and taping for the site since 2011
MORE LIKE THIS
VideoVideo Feature