previous
Miitomo is launching in Europe on March 31
random
next
UK charts: The Division holds on to the top spot
0 comments 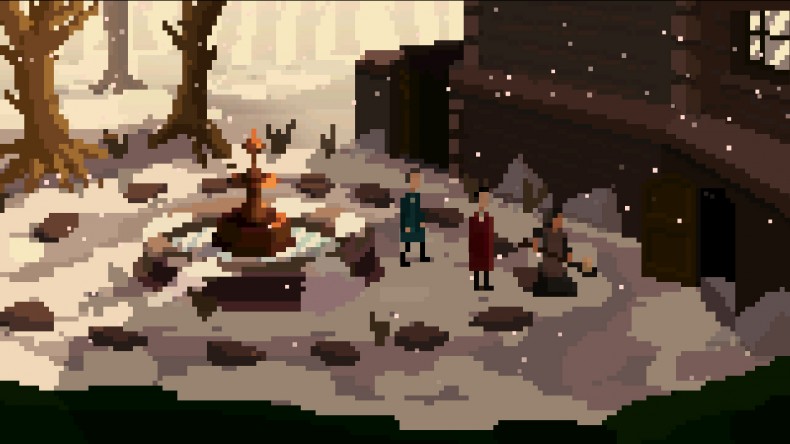 Pheonix Online Publishing and The Game Kitchen have announced that a collectors edition of season 2 of their point and click horror adventure, The Last Door, will be released today (March 29) for £6.99.

The Collector’s Edition will include all 4 episodes of season 2 along with some exclusive bonus content and will be offered standalone or as a bundle with season 1 at a 10% discount for players new to the series.

Season 2 of The Last Door sees players as Dr John Wakefield; the psychatrist to season 1 protogonist Jeremiah Devitt, as he searches for his missing client and discovers a deep conspiracy while trying not to become lost himself. After the first season was released to high marks from both fans and critics, the sequel promises to delve further into the Veil’s madness with new characters and locations, more puzzles and mysteries to solve as well as upgraded art and effects.

“We’re truly humbled by the support of the fans who have helped us in crafting this story, and we believe we’ve managed to create an epic conclusion to the series for them,” says Mauricio Garcia, CEO of The Game Kitchen. “We believe it’s time to finally meet what’s waiting for you beyond the Veil.”

Inspired by the works of H.P. Lovecraft and Edgar Allan Poe, The Last Door is developed and released by The Game Kitchen on their website, using a unique crowdfunding model. This subscription-based method sees players given early access to beta builds of the game, allowing each season to be shaped by the community and its feedback.