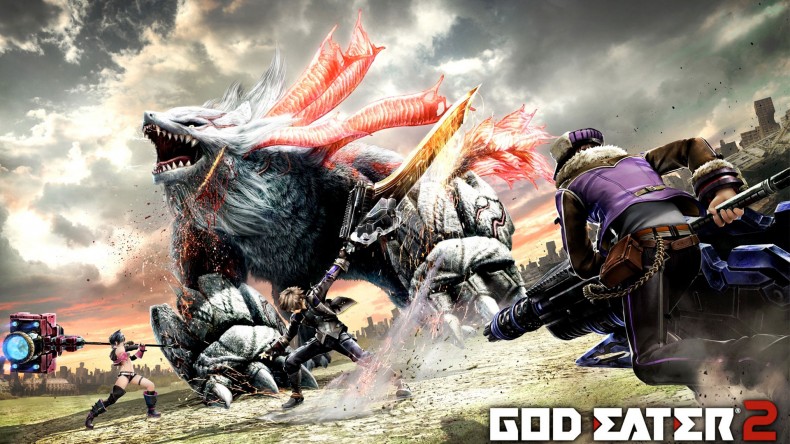 Bandai Namco have announced that God Eater Resurrection and God Eater 2: Rage Burst with both launch on August 30 in Europe.

Releasing on PS4, PS Vita and PC via Steam, it is the first time the God Eater series of video games has been released in Western territories. God Eater was originally released for PSP in Japan in 2010, with God Eater Resurrection being a remaster of the original and God Eater 2: Rage Burst being a localised release of the second title in the series, released in Japan in 2013.

God Eater is set in a post-apocalyptic universe inhabited by monstrous creatures known as Aragami. Those tasked with battling these evil beings are known as God Eaters, who must capitalise on a combination of weapons and skills in order to beat the towering enemies.

Players who purchase God Eater 2: Rage Burst will receive a free copy of God Eater Resurrection, with physical copies receiving a redeem code and digital copies coming pre-bundled. Both games will have English VA only, with the option of English, French, German, Spanish, Italian and Russian subtitles.

As previously mentioned, God Eater Resurrection and God Eater 2: Rage Burst will be available on August 30 in Europe on PS4, PS Vita and PC via Steam.

Currently an English, Journalism and Creative Writing student at the University of Strathclyde. Based in Glasgow, I spend most of my free time playing video games ranging from Japanese visual novels to horror games. You can contact me at greg@godsiageek.com!
MORE LIKE THIS
AnnouncementBandai Namcoeuropegod eater 2: rage burst