Tijani Babangida Returns to PES 2016 myClub Along with Over Legends 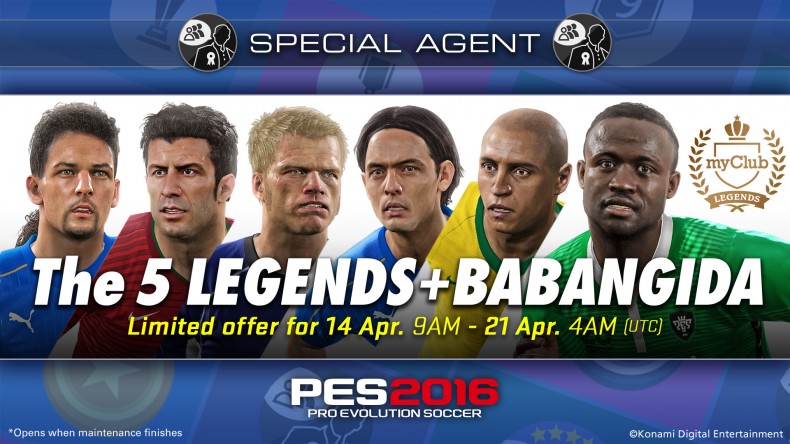 A legend that old school Pro Evo players will be more than familiar with is returning to the series in myClub mode.

Nigerian winger Tijani Babangida who played for Ajax and his country during the 90s, owes his legendary status due to being the fasted player in PES history, which he will remain in PES 2015

He will be joining the likes of Roberto Baggio, Luis Figo and Roberto Carlos as other legends attainable in  myClub.

You can attain Tijani Babangida in myClub from today until April 21st via a special agent.