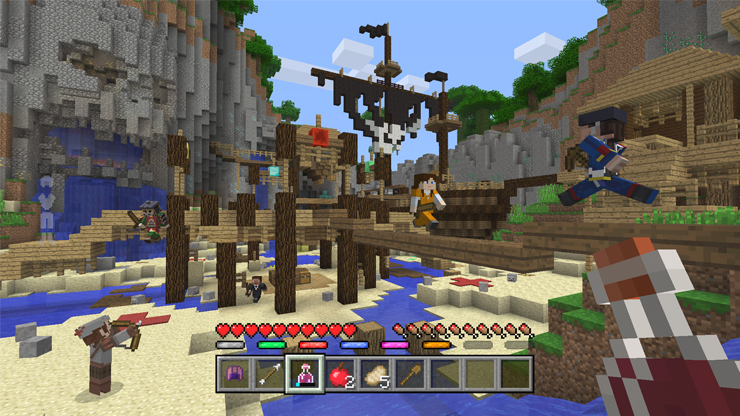 Microsoft just announced that mini games will be coming to Minecraft: Console Edition starting from this June in the form of a battle mini game.

The new mini games will help players quickly jump into competitions with predetermined rules and no count downs. The first of these mini games launches in June in the form of Battle. This involves competitive survival with randomly generated resources across special maps. There can be up to 4 players in split screen and 8 across Xbox Live.

The update is scheduled to release on Minecraft for Xbox 360, Xbox One, and other consoles are specified by Microsoft. No word on which other consoles because Minecraft just launched on Wii U and Minecraft for PlayStation Vita is massively popular in Japan. The update will be free and map add on packs will be sold at $2.99 later.