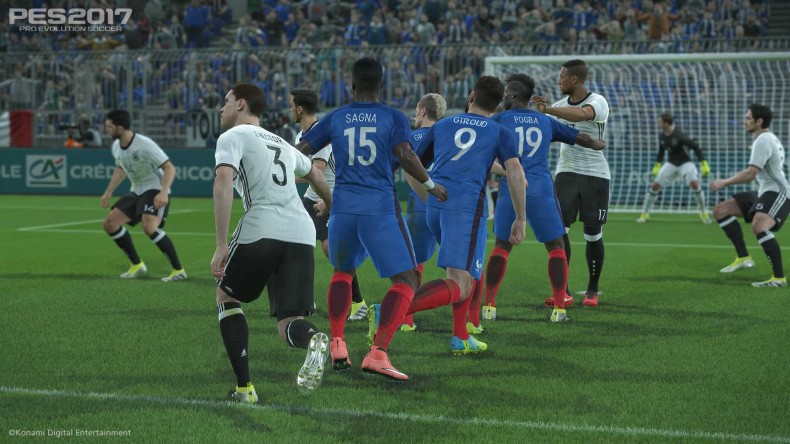 Konami is aiming to update PES 2017 on a weekly basis when it is released, following the data pack issues that PES 2016 faced upon its launch last year.

In a recent interview, Adam Bhatti, Product Manager of PES 2017, acknowledged the problems with the game’s rosters with the last PES title and stated this time around we’d see weekly updates for teams, staff and formations right from launch. Bhatti also told us that Konami are “committed to the FOX engine” and have “adapted even more of the engine” for PES 17.

PES 2017 was formally unveiled last week with Konami detailing various improvements that will be present in this year’s incarnation, including adaptive AI, precision passing and hundreds of new animations to make player movement more realistic.

The sixteenth title in the Pro Evolution Soccer series is set to release on PlayStation 4, PlayStation 3, Xbox One, Xbox 360 and Steam sometime this year.

Currently an English, Journalism and Creative Writing student at the University of Strathclyde. Based in Glasgow, I spend most of my free time playing video games ranging from Japanese visual novels to horror games. You can contact me at greg@godsiageek.com!
MORE LIKE THIS
adam bhattiFootballInterviewKonami