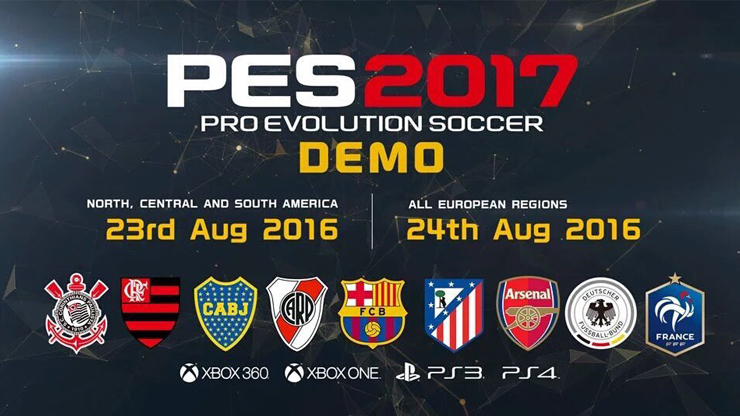 Adam Bhatti just announced the dates by region for the PES 2017 demo on PlayStation and Xbox Consoles on Twitter.

The demo will only be available on Xbox One, Xbox 360, PlayStation 4, and PlayStation 3. North, Central, and South America get the demo on August 23 when the respective stores refresh while European territories get the demo on August 24. We caught up with Adam Bhatti for an interview this month as well. Dan also got to spend some time with PES and you can read that here.