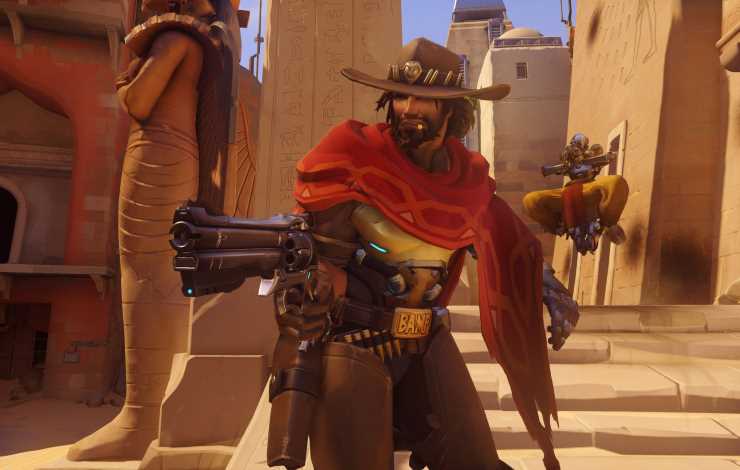 Blizzard has released the patch notes for Overwatch (live now for PC-only), and McCree’s bullet damage has been decreased.

The patch will be coming to PS4 and Xbox One at a later date as part of a larger patch, and it appears that, aside a few bug fixes, it’s only McCree and Widowmaker who have had attention for now, as follows:

Developer Comments: McCree was performing too well against all targets, making him feel like a must-pick in many situations. By reducing the damage of his alternate fire, McCree is now significantly weaker against tanks like Roadhog and Reinhardt, but still maintains his lethality against smaller targets like Tracer and Genji.

Developer Comments: In the right hands, Widowmaker can often feel unstoppable—even when just landing body shots instead of critical heads shots. The changes to her alternate fire weaken body shot damage while leaving her headshot damage unchanged. Additionally, we felt her Ultimate ability, Infra-Sight, was coming up a little too frequently, especially considering its impact on the game.

Going by what the dev-team say, it appears it wasn’t just us players who thought McCree was too strong against tanks, this balance patch looks like it’ll fix that. I can’t say I’ve noticed the same for Widowmaker, though. Have a read of our favourite Overwatch characters so far, though it’s probably changed for some of us since then.

Editor-in-Chief here at GodisaGeek, I organise almost every bit of content as well as running our weekly Podcast, and being the lead producer on our YouTube Channel. That means I'm very busy and sometimes grumpy. Yay!
MORE LIKE THIS
blizzardOverwatch