previous
BATMAN - The Telltale Series Steps Out of the Shadows in World Premiere Trailer
random
next
Competition: Win some I Am Setsuna goodies!
0 comments 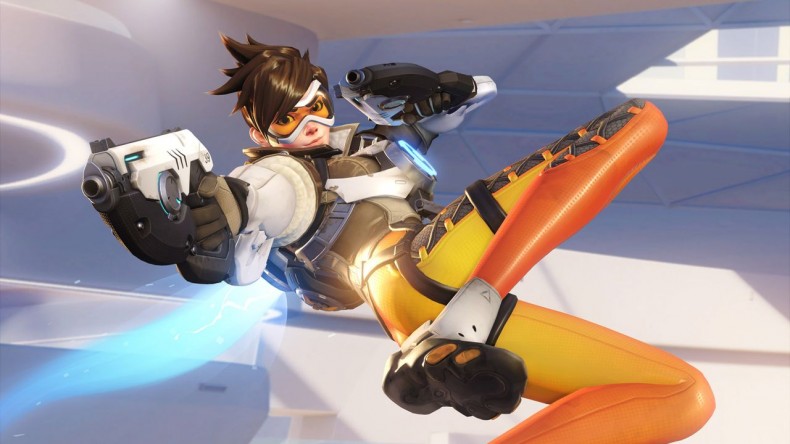 ELEAGUE, the professional eSports organization established in partnership between Turner and WME | IMG, and FACEIT, the world’s leading independent competitive gaming platform, are teaming up to produce The Overwatch® Open tournament for Blizzard Entertainment’s blockbuster new first-person shooter, Overwatch®. Featuring a colorful cast of 22 unique heroes, each with their own powerful weapons and abilities, Overwatch encourages creativity and teamwork as players clash for control of key locations on a vibrant near-future earth.

The Overwatch Open will comprise an online phase run by FACEIT for European and North American teams, as well as Regional and Grand Finals, which will take place at Turner Studios’ ELEAGUE arena in Atlanta. The Grand Final will be presented live on TBS, with simultaneous coverage available via Twitch. Competitors in the Overwatch Open will be vying for their share of a US$300,000 prize pool, making it the largest Overwatch competition to date.

The action will begin with the European and North American online phase, on the FACEIT platform, beginning Saturday, July 23. Online rounds will culminate with a playoff round to be played Friday through Sunday, August 26-28. The top eight teams from each of these regional playoffs will advance to the Finals. For more information, including a link to sign up for the tournament, players can visit www.overwatchopen.com.

“This opportunity to feature Blizzard’s popular Overwatch further expands our eSports offerings and aligns ELEAGUE with a game that is widely embraced by the community,” said Craig Barry, EVP and Chief Content Officer, Turner Sports. “We look forward to bringing the same level of production and storytelling capabilities we’ve demonstrated throughout the first season of ELEAGUE to this championship event.”

“Overwatch is an exciting new game with thrilling and expertly-balanced action that makes it perfect for competitive play,” said Michele Attisani, Chief Business Officer, FACEIT. “We are confident that our capabilities as a platform and knowledge as a media partner will make this an exciting tournament for fans.”

“ELEAGUE serves as the perfect stage for the evolution of the eSports industry and we are thrilled to expand our platform with Blizzard’s Overwatch,” said Karen Brodkin, President of Business Affairs, WME | IMG. “We look forward to capitalizing on the momentum from season one of ELEAGUE with another compelling event featuring one of the most exciting new games in eSports.”

IMG will be handling international distribution on behalf of ELEAGUE and FACEIT.