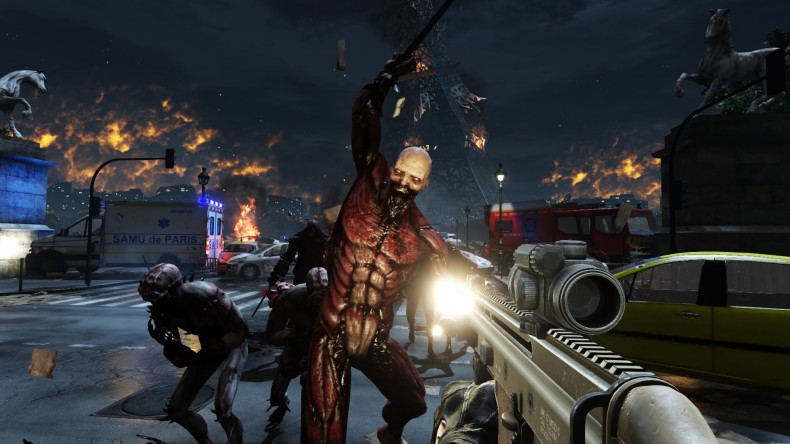 In Killing Floor 2, players must take control of a group, made up civilians and mercenaries, to exterminate the Zed outbreak in continental Europe. The game will feature single player, online co-op with up to 5 others and 12 player PvP where teams take turns playing as both humans and the Zed enemies. Improvements for the PS4 Pro version include: 1800p checkboard rendering for 4K TVs, supersampling, improved texture resolution and increased fps.

Killing Floor 2 will be a launch title for the PS4 Pro and will release on PC and the standard PS4 on November 18.