previous
Dynasty Warriors: Godseekers announced
random
next
Nintendo Switch to get a version of Pokémon Sun and Moon: Report
0 comments 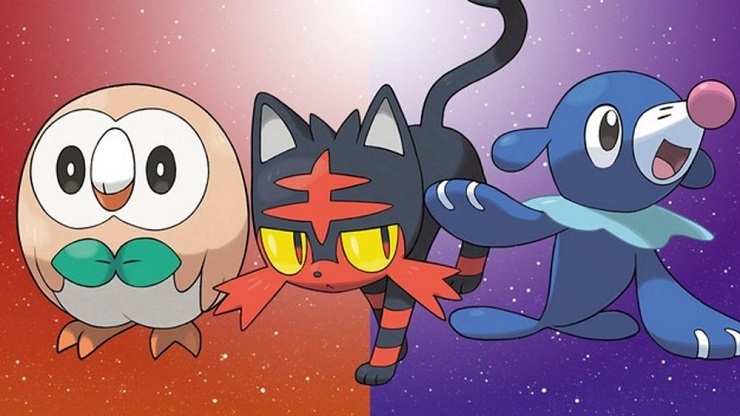 Pokémon Sun and Moon are finally out, and there is a whole new world to explore, brand new Pokémon to find and plenty of new features to get used to. We here at God is a Geek have been playing with pocket monsters our whole lives (and some of us are pretty old), so we thought we’d let you know some of the basics if you want to do well in Nintendo’s magnum opus (ignoring the other two). If you haven’t read our review yet, please do because it’ll let you know all about what you should expect on your journey through the Alola region; if you have, and you’re ready to venture out into the world, Pokéballs in hand, read on for some beginner’s tips on how to succeed in Pokémon Sun and Moon.

Who should I start with?

At the very start, you get the choice of three Pokémon: Rowlett, a chubby owl, Litten, a fiery pussycat, or Poppilo, a playful little sea lion. My choice was based on previous preferences in Pokémon games; I always went with the fire-type Pokémon because they were always more powerful than the others and had better effects on the different types of Pokémon, especially since more were introduced in Pokémon X and Y. And, Litten is not only cute, he’s an agile little sod and a bit surly, just like me (the surly bit; I’m as slow as a sloth in the morning). One of the newest features in Pokémon Sun and Moon is Pokémon Refresh. It’s a handy new tool that allows you to connect with your Pokémon and care for them. Although your Pokémon won’t starve and perish if you decide not to take care of them, there are advantages to being attentive. If they’ve been poisoned after a battle, or put to sleep, you can help to cure them and wake them up without giving them any potions. Feeding them Poké Beans gives them reason to fight, filling their bellies and supplying them with better reflexes and stamina.

Push your Pokémon to the limit

You’re never going to build up your EXP or evolve by fighting level 4 Magnemites and Meowths all the time, are you? By fighting Pokémon with a similar level or even higher, you’ve got a better chance at gaining more exp points. Possibly one of the greatest items you can use in Pokémon Sun and Moon is the Exp. Share. No matter who you’re using to fight, each Pokémon in your party gains exp points as a result. That way, it helps to keep your other Pokémon at a similar level and all grow at an equal pace.

Don’t always assume that the higher level your Pokémon is, the new moves you unlock as a result are going to be better. Depending on how you play, defense-weakening moves and other moves that affect energy or speed levels may not be necessary if you focus on power and heavy attacks. ALWAYS pay attention to the power and accuracy/chance of hitting stat on newly unlocked moves, and make sure you read the brief descriptions because they can hold some very important information as to whether or not you choose to learn them. Experiment in battle, and try everything once

It’s a good idea to try out all your moves on every kind of Pokémon. If you’re new to the game and aren’t quite sure which type works well against which, Sun and Moon gives you plenty of chances to do so. Once you find an attack that works well against someone, it’ll remind you the next time you come against that Pokémon. For example, fire works well against grass, so when Torracat fought my annoying friend Hau’s Owlett, Fire Fang wiped it out in one fell swoop. The next time we battled, the words ‘super effective’ appeared next to that move on my move selection screen. There’re plenty of fan-created charts on the internet showing what works well against what and equally what doesn’t, so if you’d rather bypass the fun of experimentation, head to your friendly neighborhood search engine, Google.

The Alola Region is made up of islands, and each one is a different kettle of fish. You’ll find caves, forests, sandy beaches and lakes full of Pokémon, so explore each one over and over again. Many different Pokémon live in the same patch of grass or pool of water; I can’t believe I spent over an hour walking around the same patch of grass looking for a Pikachu, but I did because, PIKACHU! You’re new-fangled Pokédex – brought to life by Rotom – shows you many locations for different Pokémon, but the real fun is coming across those rare Pokémon you had no idea you were going to come across. There are Alola-specific variations of pre-existing Pokémon and so many others, so looking around every nook and cranny can get you some really awesome finds. There are also loads of hidden potions, Pokéballs and other cool stuff hiding in Sun and Moon and it pays to leave no stone unturned. My final words of advice for Pokémon Sun and Moon are to make sure you utilise Ride Pokémon. Throughout the game, you get to ride on certain Pokémon, each one offering benefits in doing so. Riding a Tauros is great if you have to get somewhere fast because they’re pretty spritely. A Stoutland has a keen nose, and can find hidden items in unexpected places, and my favourite Pokémon of all time, Charizard, will end up flying you around the Alola region. Never take Poké Ride for granted because it’s a vital new feature that’ll benefit you just as much outside of battle.

Hopefully, you’ll be able to use this knowledge to help you get stuck into Pokémon Sun and Moon. It’s such a great game, full of great battles, loveable Pokémon and hours of fun to be had. With a little time and a bit of patience, one day you could become the very best. Let these words be a starting point for the epic journey that awaits you.

Video games are cool. Don't let anybody tell you any different.
MORE LIKE THIS
nintendoPokemonPokemon Sun and Moon