previous
Gigantic Giveaway
random
next
We Sing is uncomplicated, fun and full of great songs
0 comments

A love letter to Gears of War 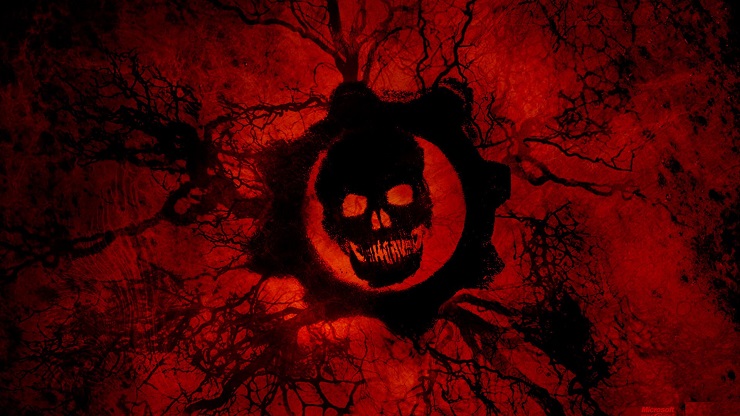 Gears of War has a very special place in my heart, not only because I think it’s a great video game, but it’s the game that introduced me to a number of wonderful people that I still play with today. Gears of War was the reason I purchased an Xbox 360 console, and it was the game that got me into playing online multiplayer.

It’s pretty hard for me to believe that Gears of War celebrates its anniversary today, ten years since it first launched on the brand new Xbox 360 console. Frankly I can’t believe it has been ten years already, and it is things like this, as well as the speed with which my son is growing up that really stand out to me as example of how quickly the years are passing. For context, back when Gears of War was released I didn’t play as many games as I do now. I have, though, always played games; as a child I spent many an hour playing classics like Manic Miner and Chuckie Egg with my dad, taking it in turns to see how far we could get into the various levels with the limited lives you were afforded back in those games. I have very strong and fond memories of spending all weekend sat with my dad keying in lines of code from a PC magazine into his handmade Nascom (Christ! I’m showing my age here!) computer to create a simple text based adventure game of our own, the joy being all the sweeter because we had “created” it ourselves.

Fast forward to my late teens and early twenties and I hardly gamed at all, too busy with studies, swimming and boys. It wasn’t until I suffered a bad case of sunburn on a holiday in Sicily that I re-discovered gaming again, as I was confined to being indoors to let my skin settle. My then (Italian) boyfriend and his brother had brought their PlayStation with them to the apartment their family owned; while they played out in the sun letting their already bronzed skin get even browner, my freckly, prone to burning skin had to stay inside, and I played Tomb Raider. I was hooked again. Fast forward a few years more, I got married and had my son. During a trip to my husband’s father’s house I saw his two youngest brothers playing Gears of War on their shiny new Xbox 360. I was so amazed by what I saw watching them that I called my husband in to take a look. I’d honestly never seen anything like it, I was still playing games on our PlayStation 2 at that time, and the jump in the graphical fidelity and the way the characters moved was mind blowing for me. Later that afternoon we left the family gathering and went to GAME and immediately purchased a brand new Xbox 360 complete with Gears of War and Crackdown.

Over the course of the next few weeks, my husband and I played that campaign through four times, from Casual difficulty right through to Insane difficulty. There are a number of parts in the campaign where I fondly remember some spousal arguments over repeated deaths at certain parts: the ending of Act 2 where one drives the Junker and the other uses the torch to destroy the Kryll; fighting the Corpser in the Emulsion flooded depths of Sera; the scene battling the Berserker on the fast moving train, and let’s not forget the final boss fight against Raam. We’d not been married long at that point, just over three years and I strongly maintain that our ability to ride out the arguments from the frustration of playing a video game is why we are still married today! Maybe… I was always more into playing games than my husband, and so when my young brothers- in- law tried to talk us into getting Xbox Live so that they could humiliate us on online, it was me that agreed to it. I used the month free code that I had received with the console purchase and set up my account. Choosing an online name proved to be a stressful experience, and one that I spent ages agonising over. Ten years down the line I still have the same Gamertag and all in all I am pretty pleased with it. It isn’t “L33TProSnipezz” or “360NoScopezz” or anything ‘cool’ like that, but I think it suits me.

As expected, my brothers-in- law thrashed me repeatedly online, but I was having a great time, so much so that when my free month ran out, I purchased a three month subscription. As I started to get a little better online I tried going into some of the social playlists on my own. On reflection, I was exceedingly lucky to stumble across a group of people one night who were similar ages to me and were interested in just having a good time playing a game and chatting. I still have a lot of those people that I met that night on my friends list now, and with every new iteration of Gears that is released I see my friends list come alight again with “xxx is playing Gears”. It makes me smile every time.

It’s happened again recently with the release of Gears of War 4. I have over 100 “friends” on my Xbox now, and whenever I log on at the moment I can see roughly 10-20 of those playing Gears. Some of those I met ten years ago, some later on with a different game, or most likely another iteration of Gears. One friend in particular that I met playing all those years ago is someone I regularly game with now – he is my “shooting fools” partner, and oldest Xbox Live friend. We are often found playing one shooting game or another bitching and moaning about “lag”, broken shotguns, and generally laughing about nonsense. I even met him for lunch once when I was attending a training course near his home town. That was weird, putting a face to a name you have known for ten years, but aside from the initial awkwardness of meeting someone you sort of know, it all felt quite natural. I still felt odd calling him by his proper name rather than his Gamertag though!

I fancy myself as someone who is pretty competent at shooting games, I’d even call myself a menace at a couple, but Gears seems to be a bit of an Achilles heel in my otherwise deadly shooting folk to the face skillset, but I do love it. I think in part that this is because I have such fond memories of the first game and my experiences online with it. That and the friends I have met playing it online. The Gears community is notoriously harsh with some unspoken rules and behaviours in game, but I count myself very fortunate that aside from a few instances of negative behaviour I have been given nothing but joy from this franchise. Happy Birthday Gears of War, and thanks for the memories.

Likes to shoot stuff and wear pretty shoes. Is a BEAST at Titanfall.
MORE LIKE THIS
Gears of WarXbox 360Xbox One