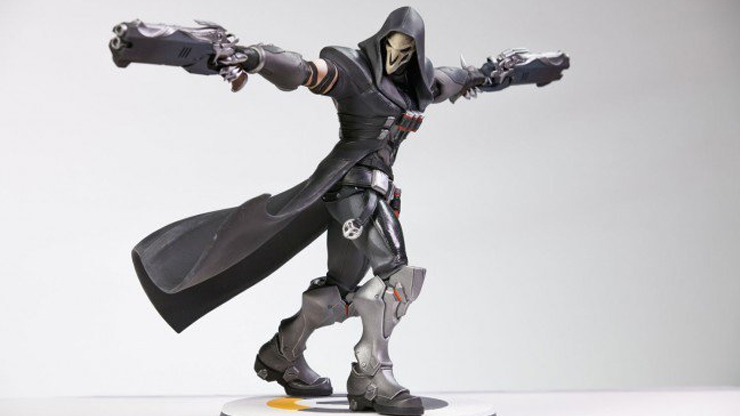 After Tracer, the newest premium statue from Blizzard for Overwatch is Reaper.

The Reaper premium statue is 12cm high and showcases his death blossom ability. It has been sculpted by Brian Fay at Blizzard who did the Tracer statue as well. If you’re interested, you can pick one up on the Blizzard Gear store for $150. There’s also a limit of two per customer and this will ship in September next year.

Check out a video showing off the statue below:

I’m still waiting for some reasonably priced figures for Overwatch heroes that aren’t terrible like the Funko Pop stuff. Hopefully Blizzard is working on some for all the heroes as who wouldn’t want a Torbjorn setting up a turret on your desk.