Sombra is now live in Overwatch on all platforms 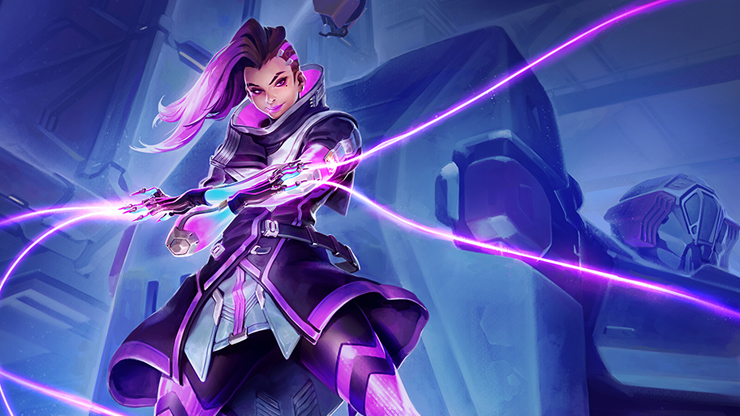 Blizzard just released a massive Overwatch patch on all platforms.

Weighing in at around 10GB on PlayStation 4 and Xbox One, Overwatch has been updated to version 2.0. On PC, the patch is version 1.5. This update includes the new hero, Sombra, in addition to Arcade mode and other balance changes. Full patch notes can be viewed here. Some highlights are below:

One of the world’s most notorious hackers is stepping out of the shadows: Sombra, a mysterious infiltrator who uses information to control those in power.

Sombra is a master manipulator who can hack her enemies, temporarily blocking their abilities. In addition, she can hack health packs and Torbjörn’s turret, making them useless to her opponents. She uses her fully automatic Machine Pistol to take out her enemies, getting into position using her Thermoptic Camo, which allows her to become invisible and move more quickly for short periods of time. This gives her the ability to slip past enemy defenses undetected, but she’s instantly revealed if she takes damage or attacks an enemy. She also has a Translocator, which can be tossed like a grenade. When it’s activated, Sombra is teleported to its location (even while it’s in flight).

Discover brand new ways to play Overwatch in the Arcade. Choose from a variety of regularly rotating game modes, maps, and rulesets that don’t quite fit into Quick Play or Competitive Play. Whether it’s 1-on-1 duels, 3-vs-3 skirmishes, our alternating selection of brawls, or special rulesets like “no hero switching,” you should have no problem finding a game that fits your mood. Experience is earned just like any other mode, but you can also earn Arcade-specific rewards, like Loot Boxes!

Bundle up for a journey to Ecopoint: Antarctica, the former Overwatch installation where climatologist Mei-Ling Zhou was once stationed. While researching severe weather anomalies in the region, the station was hit by an intense polar storm. Running out of options and low on supplies, the team decided to cryogenically freeze themselves until the storm passed. They believed that it would only be for a few months, but Mei awoke nearly a decade later.

Ecopoint: Antarctica is a compact new Arena map that features multiple new game modes, including a 3-vs-3 battle and 1-on-1 duel. Check it out in the Arcade.

We’ve also made a few adjustments to the skill rating system for season 3. Players will be distributed more broadly across the skill tiers, which means that your season 3 rating will probably be lower than the previous season.