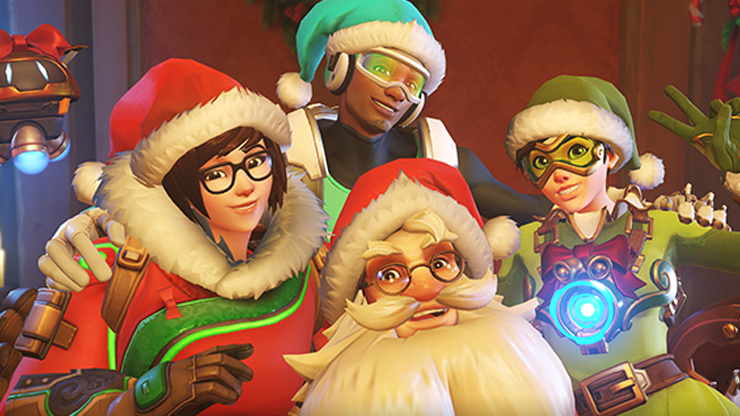 Overwatch has a new event on right now and it is called Winter Wonderland. This event will have new skins, loot boxes, and more. Until the event ends, all loot boxes earned will be Winter Loot Boxes. These can be earned or purchased as usual. The event ends on January 2, 2017. There is a new brawl in place as well and it is called Mei’s Snowball Offensive. This 6v6 brawl is a single elimination event.

In this brawl, Mei’s Endothermic Blaster no longer unleashes a stream of frost or shoots icicles. Instead, it’s been modified to fire a single, super-powered snowball. Taking down an enemy only takes one hit, but a miss can be costly. Once your weapon is empty, your enemies will have the advantage as you search for the nearest snow pile to reload, so don’t forget to cover your retreat with ice walls and cryo-freeze to block their attacks—and when the battle starts to heat up, you can activate Mei’s Ultimate, which turns her blaster into a semi-automatic snowball launcher, allowing you to fire continuously as your enemies scatter.

The Winter Wonderland update is live on PlayStation 4, Xbox One, and PC.