Uncharted 4 said goodbye to the series with wonder, emotion, and nostalgia 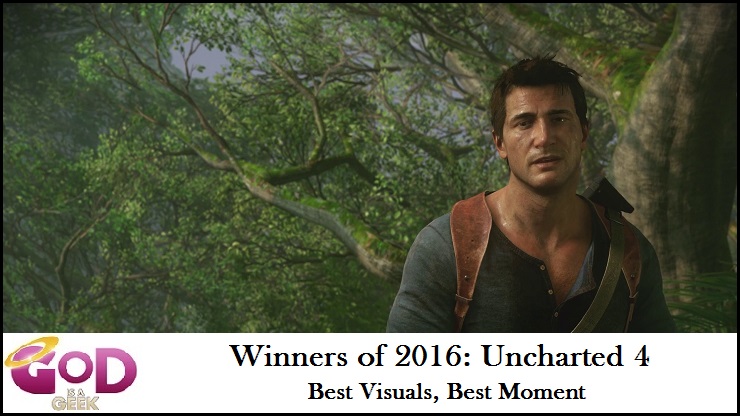 I remember the build up to Uncharted 4’s final release date, and the excitement was unreal. The original trilogy was fresh in my head as I’d played and finished the remasters only a month before, and I was able to ponder what would be the fate of Nathan Drake and his friends. Those characters were all precious to me; my main worry going in wasn’t if the game was going to be any good, or whether the same level of excitement would be present as when playing, say, the train scene from Uncharted 2, it was whether or not Nate, Elena and Sully were going to be alive by the end of it.

Thankfully, Naughty Dog provided a joy ride of emotion, excitement, and all-out entertainment, and nobody died. Winner. The pirate tale was brilliant, and every step of the way was made up of set pieces that put others to shame. The visuals were stunning, and every location had something remarkable to take away from it, whether you were in Panama, Italy, Madagascar, or Libertalia. It wasn’t just the gleaming landscapes that impressed, it was the tiny details. I remember looking at the mist between the mountains of Libertalia, the way the light hit the snowy banks of Scotland, or the tire tracks in the mud of Madagascar and just being stunned at how much work had gone into everything.

It’s insane to think this was made on computers because of how realistic it is. The scenery, and the density of some of the more intimate sections give the game credence, but I found the facial animations to be the best I’ve ever seen. The disappointment on Elena’s face when she finds out Nate has been lying to her is just brutal; you can see every ounce of disappointment on her face, and the sadness she feels in her heart comes through in the way the corners of her mouth dip as she holds back the tears. So much work has been put into giving these characters authenticity, and in every word you say or decision you make, you know exactly what each person feels. Whether it’s Nate’s joy as he play fights with Elena, or Sam’s shame as Nate uncovers the truth about him, it all feels tangible.

If I’m going to gush about Uncharted 4 anymore, I can’t really ignore the greatest moment of the year, can I? Up until this point, you’d spent three full games traveling the world, dodging Apache helicopters, escaping sinking ships, and trying to stay alive in the Rub’ al Khali Desert, but now, it was just you and your wife, alone at home after a long day at work. You’re eating dinner, talking about how you’d “got to pull a bunch of garbage out a river” all day.

Before I get to this moment, I want to talk about how perfect this interaction between Nate and Elena is. They’ve faced almost certain death together, are clearly in love with each other, and portray a genuine closeness that the events of their lives have brought them to feel. The way they talk to each other feels so natural, and it’s the kind of conversation I’d have with my wife after work. It’s remarkable, and one deserved of our moment of the year without what happens next even being a part of it.

When Nate offers to do the dishes and is rejected by Elena, he asks if he can play her for the privilege of washing up. Nate wants to beat her high score on her “TV thing”. This thing he refers to is the original PlayStation console, tucked away in their television cabinet. Even better, the game he plays on is Crash Bandicoot, one of Naughty Dog’s very first games. Not only is it a great nod to a fantastic game, you get to play the bloody thing, and it’s glorious. It certainly reignited our passion for Crash, and subsequently we’ll be seeing him a lot more in 2017 with the release of the remastered original trilogy.

Uncharted 4 is a perfect video game. It has everything I ever wanted from it, and there’s not a single moment I didn’t enjoy. As the game ends and you save your brother – with everything coming up Millhouse, there’s definitely a moment of sadness as you realise this is probably it – this is the last time you’ll see Nate, Elena and Sully like this. Try not to feel sad though; thanks to Naughty Dog, you’ll always have Uncharted 4 in your life, you’ll always have Nathan Drake in your life, and you’ll never be short of such a wonderfully constructed and visually incredible adventure again. Sic parvis magna.

Video games are cool. Don't let anybody tell you any different.
MORE LIKE THIS
goty 2016naughty dogUncharted 4