previous
'Awakening' abilities detailed for Berserk and the Band of the Hawk
random
next
Sponsored: How much is the online gaming industry worth?
0 comments 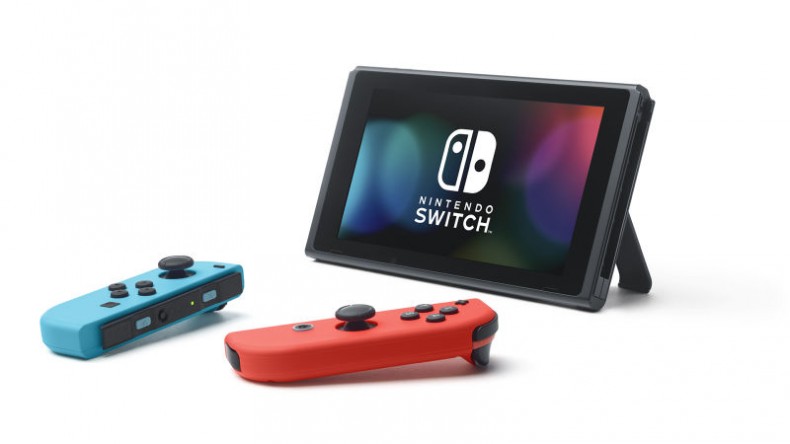 So, Switchmas came and went last Friday with a bunch of games announced and the hardware shown off for the first time. We got a glimpse of a new IP that sees players flailing their limbs like mad, returning favourites from yesteryear and a welcome sequel to one of the most interesting (if slightly disappointing) new IPs from 2015.

The thing is, there was so much to like from Nintendo’s showing, but there are grumbles of discontent from many corners with regards to certain aspects of the machine; primarily its power. A console/handheld hybrid was never going to be the most powerful machine to grace the games market, so anyone hoping for 4K and a billion teraflops was always going to come away disappointed. The machine’s 720p screen is a concession to the perils of gaming on the go and trying to ensure that you can play for the most amount of time between needing to charge. Currently the mooted play time when on the go will range between two and a half to six and a half hours, depending on the title. That’s a fairly respectable time window really, as a game with the graphical fidelity of Breath of the Wild is obviously going to chew through that power bank at a rate of knots.

The result of this is that on paper, the machine feels underpowered and when compared to the PS4 and Xbox One, it categorically is. But time and again, Nintendo has proven that you do not need immense polygon-pushing power to provide a uniquely entertaining game experience– Mario Kart 8, Super Mario 3D World, Captain Toad: Treasure Tracker even Legend of Zelda: The Wind Waker are all games where sublime art design created stunning beauty without the need for an insane amount of triangles on screen. You can point to Platinum with Bayonetta 2, in regards to making a game look amazing without all that grunt under the hood.

Where the Switch is truly let down by Nintendo is how they’re envisioning the RRP of the unit and what you’ll need to buy for it. A Switch will set you back £279.99 at launch (unless you were one of the lucky ones who got in on Gameseek’s £198.50 pre-order folly a while back), with games originally costing £59.99 each (£59.99 for Bomberman R and £39.99 for 1, 2 Switch) and control pads initially costing £42.99, or £74.99 for a pair. This is on top of needing a separate charging unit to ensure continued play because the pack-in controller grip doesn’t include charge functionality. Nintendo cracked under the pressure of public dismay at this pricing strategy, dropping games like The Legend of Zelda: Breath of the Wild down to £49.99 and 1-2 Switch to £34.99, but even setting these prices in the first place has damaged the console’s image.

Compare this to Nintendo’s competitors, and you’ll find that you can buy a PS4 slim for £200 with a game, and still have enough left over for an extra control pad and maybe some digital credit for a few indies  before you hit the price of a Switch. Nintendo is obviously hedging their bets here, as it sold the Wii U at a loss and got burned, and is looking to sell the Switch at a profit while keeping stock allocations down so it doesn’t overcommit.

You can’t ignore the business decisions behind the pricing, but marketing the machine as a social gaming device then pricing people out from the off is going to hurt the machine in the long run. When Sony and Microsoft launched their consoles in 2013, they were looking to push the RRP of games up to £49.99. This didn’t last long, and while we’ll see the likes of Call of Duty hitting store shelves at £44.99 or up, the majority of titles can be gained at launch for £39.99 or less–it has been this way since the launch of the original PlayStation. But this is Nintendo, and Nintendo titles tend to hold their value well, so what will come of this RRP debacle remains to be seen, but it’s safe to say that this is the biggest problem for the Switch right now.

While the launch window lineup looks slim right now, there’s plenty of time for other titles to come forward and bolster the ranks. New IP ARMS looks to do for fighting games what Splatoon did for multiplayer shooters, Breath of the Wild’s trailer stamped Nintendo’s seal all over epic action-RPGs and Super Mario Odyssey should be great considering the team’s track record with delivering quality games.

Third parties have pledged to support the Switch (a thing sorely lacking from the Wii U, the Wii too if you remove the shovelware) and storage won’t be a problem as the cost of flash memory is cheap, and getting cheaper all the time.

I’m buying one, of that I am sure. Prices prevent me from getting more than the console and a single game though–time will tell as to how much the cost factor hurts Nintendo’s new offering, if it does at all. If anything the Switch is unmistakably Nintendo: we’re financially poorer with them, but we’d be emotionally poorer without them.

A lover, not a fighter and an all round good guy (he would say that, he wrote this after all), he's happy to be here as part of GIAG.
MORE LIKE THIS
nintendonintendo switch