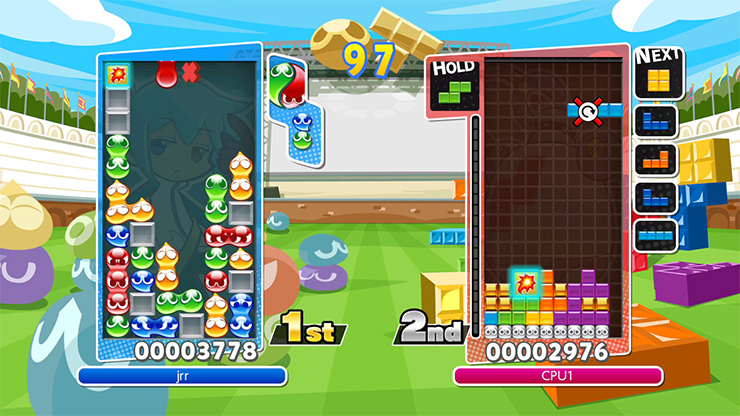 SEGA of America just announced that Puyo Puyo Tetris will be making its way to the West.

Initially only released in Japan on multiple platforms, Puyo Puyo Tetris is getting localized for PlayStation 4 and Nintendo Switch. English trophies for the PS4 version appeared online a little while ago but now we have confirmation for the localization. Check out the trailer below:

Puyo Puyo Tetris will release in North America and Europe on PS4 and Switch in Spring. The PS4 version will be available physical only.