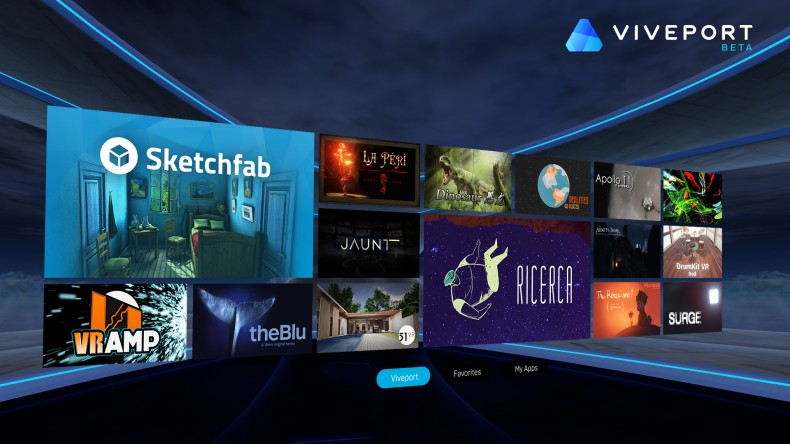 HTC has announced that they will be adding a subscription-based service to their Vive app store, Viveport, which will allow customers access to a growing library of services and applications for a set monthly fee.

Announced at CES 2017, the subscription service is being introduced to “help customers navigate the burgeoning market for VR apps” as well as offer developers a new monetising opportunity for their content. The library of apps available to customers will expand with time, much like similar services such as Origin Access, and developers are able to decide whether they would like their content to be available on the service.

“We’re happy to let VR fans know that the same way they discover and consume content through popular subscription services for music, films, TV and games is coming to virtual reality,” said Rikard Steiber, President of Viveport. “For developers, this is yet another opportunity for them to reach broader audiences – we want to give VR developers as many ways as possible to monetise and feature their content, and this is yet another channel for them to reach new customers on Viveport.”

Also receiving attention is the Viveport Arcade, which will receive a separate storefront to aid in the distribution of VR content to businesses globally–this means VR units in arcades, theme parks, cinemas and so on will feature a wide range of software and will be easily interchangeable.

“Our dedicated Viveport Arcade app store will give operators around the world an easy-to-use digital storefront to curate the experiences they want to feature for their customers. We now have more than 300 top VR titles on our arcade platform. In short time, we’ve partnered with operators in China where we’re now in more than 1,000 locations, and we expect that number to grow to more than 5,000 locations globally by the end of this year.”

HTC Vive is now available for use on PC.

Currently an English, Journalism and Creative Writing student at the University of Strathclyde. Based in Glasgow, I spend most of my free time playing video games ranging from Japanese visual novels to horror games. You can contact me at greg@godsiageek.com!
MORE LIKE THIS
htcvive