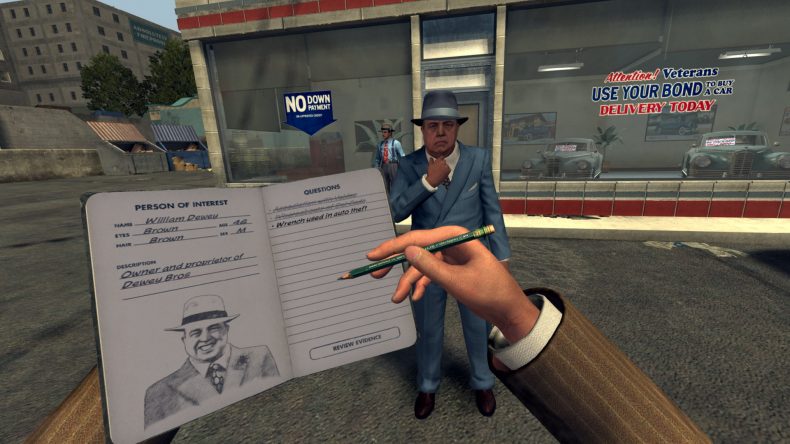 Chris played and wrote about LA Noire on Nintendo Switch and the VR release that is happening on Tuesday. Watch some gameplay below:

Read his preview of both versions here.

L.A.Noire will release on PlayStation 4 and Xbox One with enhancements and 4K support but the Switch version will have a lot of platform specific features like motion controls and touch screen support. There will be a version releasing for HTC Vive on Tuesday as well.