My Overwatch journey: Becoming a hero 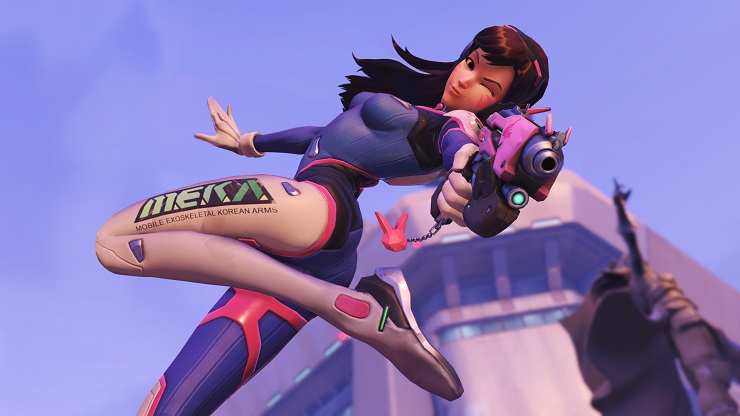 In the last week, I’ve been playing a game I should’ve started the day it came out. Overwatch is bloody brilliant, and I’m annoyed it’s taken me this long to play it – it happens, though. Games come and go, become the big talking point for a month or two, and then they disappear for the latest release. No matter what’s come out over the last year, Overwatch is talked about every day on social media, whether someone is posting their play of the game, chatting about the newest hero, or what they got in their latest Loot Box; it’s clear Blizzard has made something incredibly special.

I tried Overwatch about six months ago after trading in my PS Vita and an old phone for around 5 videogames, including Gears of War 4, Dark Souls 3, Doom, and of course, Overwatch. It was a stupid move because I was never going to find time to play them whilst reviewing, but I got them anyway; it’s a compulsive condition, buying games you know you’re never going to play, but you get them regardless and offload them just as quickly. Such is life. Anyway, long story short, I got rid of it like a prize dickhead, and regretted it ever since. Hearing a lot about the newest character, Orisa, and reading countless features about the game (including Mik’s on why it received God is a Geek’s GOTY for 2016), I struggled to resist it any longer. I noticed it had received a big reduction in the PSN Easter sale, so I decided to buy it. I rarely get this addicted to a videogame anymore, but fuck me sideways; this has its claws in me good and proper.

I thought it might be a good idea to share my thoughts and experiences on my Overwatch journey; I’ll talk about my favourite characters, what my favourite pieces of loot are, and a whole manner of other Overwatch related patter. I’ll also have plenty of questions, and I’m hoping you’ll be able to help me out with them (tweet me at @firstavenger83). Anyway, let’s get cracking.

It took me a while to work out what the different roles are, and unlike many FPS I’ve played, you really can’t succeed unless you have a balanced team. It feels like everybody plays their part and every hero on the team feels important, even me. I had a few matches where we had mainly offensive players, and we got destroyed. I’m left wondering if this happens a lot of the time, but I’ve not spent hours and hours on the game yet, so I’ll see how it plays out; also, are there normally balancing issues when in matchmaking? As I write this I’m level 11, and I’m facing players on prestige levels in excess of 20. Seems a bit odd, that’s all. Offensively, I’m a huge fan of Genji; his movement suits me, and his Shuriken’s gel with the way I attack. His Swift Strike is excellent when up close one on one, but I rarely let myself get in this position because – learning the hard way – I got slaughtered countless times as a result. As previously mentioned, my team seemed to fill up with offensive players and a few defensive, so I ventured into the tanks. It was here where I found my newest love and favourite character yet.

D.Va is so versatile, and every move plays an important purpose. You can use the boosters on her mech to reach higher spots, rush enemies, and escape tricky situations. Her fusion cannons don’t run out of ammo, so you can attack the enemy with no refrain, and if you have a decent healer with you, you can rack up quite a few kills (thanks, Mercy!). You can also defend yourself from incoming projectiles, and the self-destruct Ultimate ability works really well when placed at the entrance to a room or building, so that when the enemy team come knocking, you can blow them all to shit.

Once out of the mech, you can call for another (providing you have another Ultimate built up), but that plasma pistol you have packs quite a punch whilst you wait. She’s ridiculously cool, and the colours in her suit, the snappy dialogue and great character animations make her my favourite (and I just got the selfie intro in an Uprising Loot Box, which I’m very happy with). Defensively, it’s Bastion all the way. He’s a neat robot with a bird for a friend, and his Sentry Mode is ruthless. I love finding a spot and wiping out the opposition; I’ve had a few Play of the Games now, and they’ve either been with D.Va or Bastion. He’s really versatile, if a little slow, but he’s tough, and with the self-heal, it can take a lot to wipe him out.

I’ve yet to experiment with healers, but I will; I just want to get used to the basics of the other characters first, and, honestly, I’m a little nervous about trying them out. I’ve not really dabbled with many of the other offensive heroes – or defensive for that matter, but I like Orisa a lot, and Reinhardt is pretty cool as well. Tanks are my favourite role so far, but I kind of want to dabble with characters like McCree and Hanzo (mainly because they look pretty cool).

One thing that has fascinated me with Overwatch is the lore; a lot of work has gone into giving these characters interesting backstories, whether it’s through the comics, animated shorts, or character bios (all available on the site, and all captivating). Finding out Genji is Hanzo’s brother, and that Winston built the chronal accelerator on Tracer’s chest due to an accident that rendered her unable to stay still in time is interesting to me. I’ve read McCree and Reinhardt’s comics, but I’ve still got another 8, and the new Uprising one, and I haven’t watched the animated shorts yet. If I wasn’t so engrossed in the game, I’d put time aside to watch them; I kind of like knowing I still have Overwatch media to consume for when I’m not playing it, you know, to scratch the itch. The latest event, titled Uprising, gives fans a chance to see what a campaign mission could feel like, and after playing through the PvE event on normal, I can safely say it’s awesome. Set seven years into the past, it follows the four main Overwatch agents Mercy, Tracer (on her first mission for Overwatch), Torbjörn, and Reinhardt as they defeat a group of rogue omnics called Null Sector on the streets of London’s King’s Cross. It starts off relatively easy, hacking three terminals whilst fighting off the omnics, but gradually gets a lot tougher. I played as Torbjörn (with my new Uprising skin, Chief Engineer Lindholm), and as someone I’ve not had too much exposure to, I’ll certainly be using him in Quick Play.

The Uprising Loot Boxes are filled with some pretty good gear, and along with Torbjörn’s skin, I got Bastion’s Null Sector and Tracer’s Cadet Oxton skin. In all honesty, regardless of standard or Uprising, I’ve acquired some pretty decent sprays, voice lines, skins (across all the different qualities), and emotes, and I can’t wait to earn more (I purchased 24 at £15.99, and I’m dangerously close to buying more. Please stop me!).

So that’s it, for now. I’m going to go off and play more Overwatch, try and raise a few levels, and try out some of the characters I’m unfamiliar with. I might even try the healers (anyone have a favourite?), then I’ll have a grasp on all of the roles, hopefully. If you fancy joining me on the battlefield, drop me a DM on Twitter, and let’s get out there and fight for the future.

Video games are cool. Don't let anybody tell you any different.
MORE LIKE THIS
blizzardOverwatch