Stellaris gets its first major expansion in Stellaris: Utopia 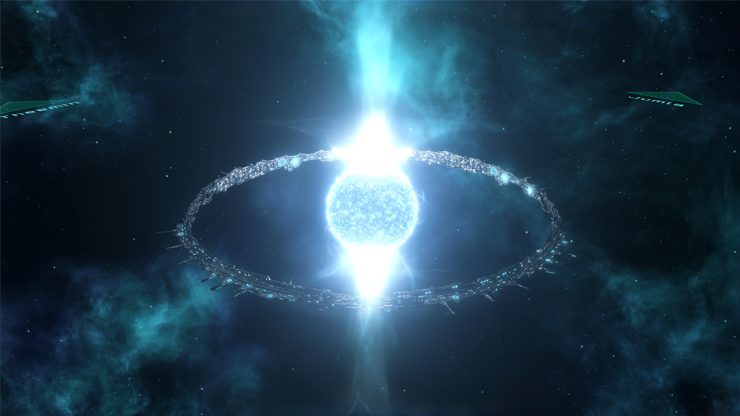 Stellaris: Utopia is now available as an expansion.

Paradox just released Utopia, the first major expansion for Stellaris along with a free Banks update for the base game. Utopia is available for $19.99 and you can watch the trailer below:

In addition to Ascension perks, the following features are available in Utopia:

Megastructures: Build ringworlds or Dyson spheres to make the most of your star system, adding prestige and power to those who wield this technology.
Habitat Stations: Your subjects can orbital habitat stations. No longer will you be forced to fight costly wars to house a burgeoning population.
More Evil Empires: Use your subjects as domestic servants, battle thralls…or food
Indoctrination: Before bringing a pre-FTL civilization in to the galactic community, it’s important that they believe the right things. Guide the primitives to follow your true path.
Advanced Civics: Three new civics for your empire to aid in the dynamic story-telling that Utopia excels at – syncretic evolution, mechanist and fanatic purifier.
Hive Minds: Can you master the challenge of ruling an empire that is one collective consciousness?
And more: New events, new decisions and the mystery of The Shroud.

Stellaris: Utopia can be bought here for $19.99. Stellaris is available on PC.