previous
Nights of Azure 2: Bride of the New Moon heads to Europe this October
random
next
Get reacquainted with Magic: The Gathering with some free welcome decks this weekend
0 comments

9 games that should be on the SNES Mini Classic 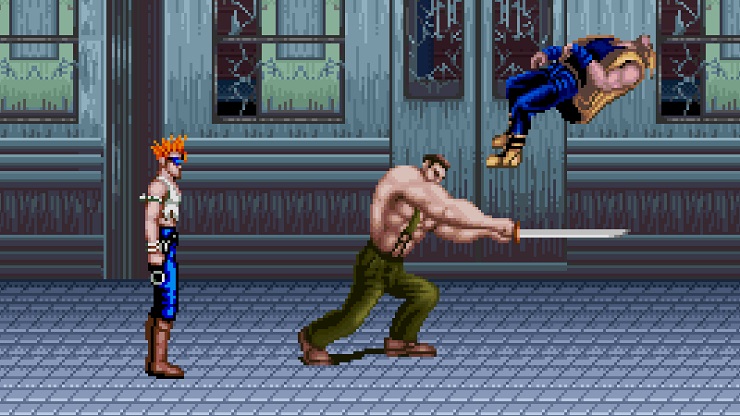 Nintendo, in a shocking turn of events has announced the SNES Mini Classic and it comes with 21 games pre-loaded. 21 is an odd number, isn’t it? Especially when the NES Classic Mini came with 30. So, here’s how I reckon Nintendo could have bulked that number up so that the SNES mini’s software library quantity would match its predecessor.

The Super Nintendo was home to a plethora of excellent titles, and one of the best was also one of the first. Super Tennis came out here in Europe in 1992 and was a wonderful recreation of the sport. Mapping different racquet strokes to the face buttons, and marrying that with a direction to send your shot where you wanted created a very faithful feeling of the cut and thrust of the sport of Tennis to the electronic version in a way that had not been seen in a sports title before. If you can ignore FIFA’s flashy presentation and roster of licensed players it’s obvious that the best football game nowadays is Konami’s PES series, but it’s easy to forget that the game’s lineage started all the way back in the SNES era with International Superstar Soccer. There wasn’t a raft of club teams to choose from, instead Konami chose to go with international sides only, and the game ignored FIFA’s isometric (back in those days) match presentation for a side on TV style approach which laid the path for future football titles. Yes, Konami’s football series was trailblazing even back then. Released shortly after the SNES, Pilotwings was the first example of the system’s mode 7 capabilities. Mode 7 was a rendering system that allowed the SNES to create a 3D like effect and scale it to create the effect of approaching something within a 3D space. Using this, Pilotwings required you to take a daredevil flying, skydiving and even jetpacking to rack up a high score, or get the best time through an aerial obstacle course. Mode 7 would go on to assist games like F-Zero, Super Mario Kart, Yoshi’s Island and the Star Fox games, all of which feature on the SNES Classic Mini, but the original example is sadly missing. After Star Fox brought the world of polygons to 16-bit games audiences Argonaut software decided to take the technology and put it into a racing title, hence the cartoon eyed cars of Stunt Race FX were born. The frame rate wasn’t great, but you wouldn’t really have known any better back then. The game was released as a way of showing that the SNES didn’t need a 32X style attachment to deliver an experience like SEGA’s Virtua racing, it wasn’t as serious as SEGA’s offering, but it was a whole lot of fun. Final Fight was a shining jewel of their CP System output in the 90s. Taking Guy, Cody and Mayor Mike Haggar out to rescue Jessica, Haggar’s daughter and Cody’s girlfriend. The SNES version was a decent recreation of the arcade game but the limitations of the hardware meant that some concessions had to be made, such as the removal of Guy and the inability to play using two players. Never-the-less an arcade like experience was brought to our home systems, and the likes of those were few and far between before this. Eschewing the usual method of portraying racing from a behind the car perspective, Rock ‘n’ Roll racing opted for an isometric view to present its brand of interplanetary road racing. The game saw you picking a racer from several galactic racers and competing in race events to earn money to tune up your car and buy weapons to improve survivability and your chances of winning. The game was good enough in that regard, but the soundtrack featuring the likes of rock ‘n’ roll excellence like Bad to the Bone and Born to be Wild made the game a stone-cold classic. Legend of the Mystical Ninja

Also known as Goemon, this is yet another Konami game to add to the pile. This was a side scrolling beat ‘em up/RPG hybrid set in a rather bizarre version of feudal Japan. Considering you could wind up piloting a giant robot version of the titular Mystical Ninja it’s safe to say that this was not an accurate portrayal of that era. You’re tasked to rescue somebody in a trope that is now kind of tired, but it was the journey there that made Goemon special. Not one of the best games ever made, but one of the more unique ones for the system. I could have included Irem’s Super R-Type here, but it’s Konami’s Axelay that I decided to plump for in the end. The thing that Axelay did that was different was switching perspectives for some levels. There’d be times when you’d play it side-scrolling, and others when you’re heading/into up the screen which made use of those Mode 7 features once again. The feeling of those warning sirens as you came up before the giant part robot, part lava monster from the game’s box art, was palpitational. Being born in the early 80s and not really being able to properly get into gaming until the 90s made Sexy Parodius probably the first time I encountered just how odd videogames from japan could be. Yeah, Mario running and jumping on turtles and dinosaurs isn’t really normal, but the idea of piloting a flying octopus or a fish and defeating enemies like giant buxom catgirls, Medusa or a bug-eyed palm tree was a whole level of odd I had never seen before.

And there you have it, nine games that could have brought the SNES Classic Mini’s library up to that magic number 30. Granted, an issue here probably would be licensing with the IP holders and a cut of the money made from the unit sales would need to be negotiated. But these are games that made the 16-bit generation special and many still inspire videogames today. Oh well, we can hope for some virtual console releases…can’t we? Nintendo? Please?

A lover, not a fighter and an all round good guy (he would say that, he wrote this after all), he's happy to be here as part of GIAG.
MORE LIKE THIS
SNESsnes mini

Nintendo Classic Mini: SNES will be shipped through 2018 as well, NES returns