A Way Out reinvents the co-op game 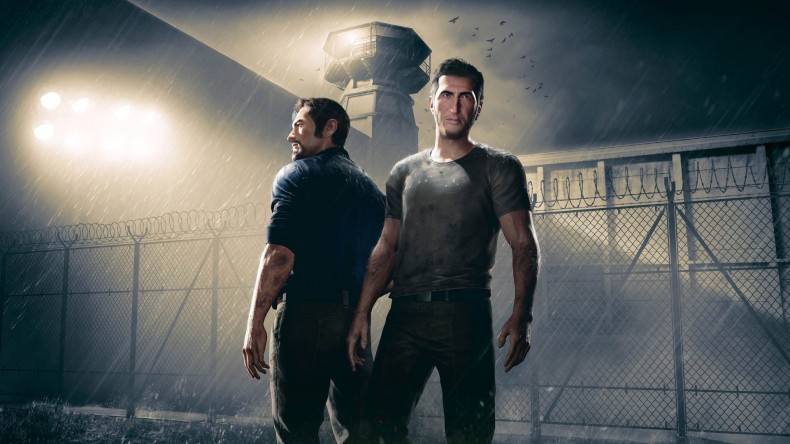 “Every day I come into the office, I say to the team, ‘Let’s fuck things up’,” says writer and director of A Way Out, Josef Fares.

A Way Out is an upcoming split-screen coop action-adventure from developer Hazelight and publisher EA. It is the follow-up game from the same developers responsible for the critically-acclaimed Brothers: A Tale of Two Sons, but instead of a single player controlling two characters, A Way Out is a dedicated cooperative experience that can only be played with another person either locally or online.

The game follows two criminals, Leo and Vincent, as they break out of prison and go on the run from authorities. Of the two, Leo is more hard-edged and violent while Vincent, who has a wife and baby daughter, is more sentimental. These personality traits dictate the options available to each player in any given scenario.

“This is not a game about upgrades or leveling or stuff like that,” says Fares. “This is a game where you care about your character.”

I meet Fares early in the morning at EA Play in Hollywood to check out A Way Out and talk to him about the game. He sips coffee while enthusiastically explaining what sets A Way Out apart from other cooperative game experiences.

Fares emphasizes that any section of A Way Out does not represent the game as a whole. This is because the small team at Hazelight forces itself to invent new mechanics for every story segment in the game. While a logistical nightmare in terms of development efficiency, the end result is a game that surprises players through both storytelling and gameplay.

“We want you to be engaged throughout the entire game,” Fares says. “There is no repetition.”

For instance, while players might be able to walk around an environment and talk to people in one scenario, in another they will have access to gunplay and cover mechanics. In another scenario, the game turns into a 2D fighter while players battle enemies in a hallway. In another scenario, players act out an epic chase. The brief chase sequence we were shown looks especially dynamic and cinematic, since the camera follows one player at a time as they run from police through a hospital and shifts perspective from one player to another seamlessly by going through vents and elevator shafts. Every vignette in A Way Out presents players with a new obstacle and goal along with a new way of playing.

“We’re trying to break convention, do something different, and keep you on your toes,” says Fares. “Every section is almost like another game.”

I was able to play a short gas station robbery segment that takes place about three hours into the game. I was paired with Eric from Forbes and immediately after starting the demo we had to decide how we wanted to approach the situation. My character, Leo, tends to go into situations with guns blazing. However, Eric’s character, Vincent, often takes the subtler path to achieve his goals. We both agreed to try to be as surreptitious as possible and only turn to violence if the need arose. This meant that we decided Vincent should hold the one gun we had between us. What strikes you right away about the split-screen display of A Way Out is that players are going to have to talk to each other throughout the game to coordinate strategies and keep tabs on what each other is up to in the world. As we approached the gas station, I stopped to intimidate a patron pumping gas and convince him to leave the scene. Meanwhile, my partner entered the store and started to do the same with customers on the inside. We decided it was best to clear the area of bystanders before we made our approach.

For this section, the controls were minimalistic. We could walk around with the control stick, interact with objects using square, focus our attention with the left trigger, and cancel actions with circle.

“This is not what A Way Out is,” Fares reminded us. “This is only part of A Way Out.” In other sections, the controls are different to fit continually changing mechanics.

Each character has different options to interact with items in the world. My character, for instance, was able to grab and drink a beer from the cooler. However, my partner’s character, Vincent, did not have that option since it did not fit his personality.

After dealing with what we thought was everybody, we made our way over to the counter. My partner pulled his gun and initiated the robbery. While one player is locked in a dialogue, the other player is free to roam and secure the area.

“It’s all about control,” Fares says. “I don’t like games where you are passive and just looking. It’s not a game where you just stare at cutscenes. It’s not that.”

Once we found out there was a safe in the back room, I headed that way to discover the safe was predictably locked. Meanwhile, the clerk pulled a weapon, but my partner was able to get it from her since he was also armed. We might have failed the section if we decided at the start that I would hold the gun, however.

With the clerk pacified, I quickly ran back to the front while my partner threatened the clerk one more time to get the code. Unfortunately, during this time, we had missed a customer who ran out of the store to call the police. Now under the pressure of a ticking time clock, I opened the safe with the code. With the cash acquired, we dashed to our parked car and took off just as the cops were arriving. We evaded the cops and the one responding officer crashed into another vehicle.

“I think we’re breaking some kind of world record with what we’re getting for the money we’re making this for,” says Fares.

The team saves money in novel ways. Along with being the writer and director, Fares also does motion capture stunt work. His brother, an actor, also plays the part of Leo. Unfortunately, the game’s ambition, combined with the limited budget and team size, might mean A Way Out ends up being a shorter narrative experience.

When asked about the game’s length, Fares says, “I’m working on it now, but we’re a small team. We don’t outsource anything. We do everything in-house. But that’s the vision. You have to believe in it and go with it.”

While still early, A Way Out looks to innovate in storytelling and unique mechanics in the same way that Brothers did in 2013.

A media scholar who also writes about video games for various outlets. He's interested in digital game production, media industries, residual media, and discourses around gender, race, and sexuality in media and production cultures.
MORE LIKE THIS
a way outEA