Gran Turismo Sport in VR purrs like a kitten 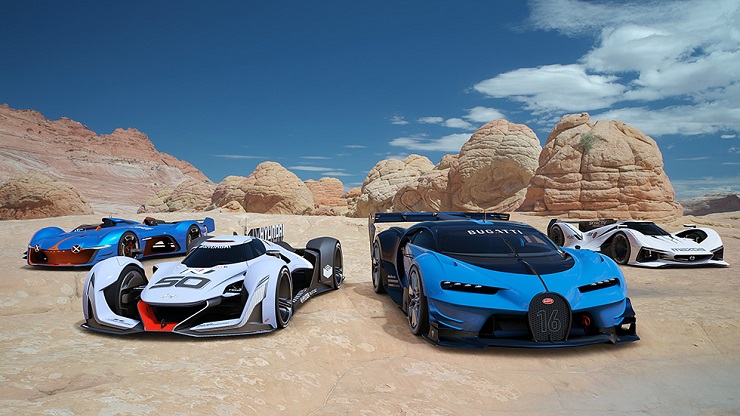 I have never been in a racing simulator as comfortable and immersive as the Gran Turismo Sport full cockpit controller combined with the Playstation VR. After jumping into the compartment and putting the headset on, I was able to pick between two race tracks, several times of day, and a handful of cars. Not being a car guy, I just picked the first choice available.

As the race started, I looked to my left to see my single opponent. As I adjusted to the steering wheel and pedals, the AI quickly gained the lead. I eyed him about 20 meters ahead of me and determined I would pass him by the end of our three lap race. As I raced down straightaways and slowed during corners, I was able to look around the race track. This sense of immersion is punctuated by being able to look into the rear view and size mirrors and position yourself to prevent your opponent from passing you.

I was able to experience this by the end of the first lap when I initially overtook my rival. For the rest of the two remaining laps, we traded positions often. Unfortunately, since Gran Turismo refuses to simulate vehicle damage or crashes, there was little we could do to each other except for jockey for position. I understand why the game goes for this approach. It puts the emphasis on car control and skill rather than cheap tricks. Yet within VR, I couldn’t help but think a more arcade racer is what I would rather have been playing.

While consumers will very likely never play in the full Gran Turismo Sport cockpit, they will be able to play the game with a force feedback steering wheel, pedals, and PSVR. For car and racing enthusiasts, this is a no-brainer. For everybody else, Gran Turismo continues the tradition of games like Dirt VR and Driveclub VR and proves that racing and VR go together like axels and wheels.