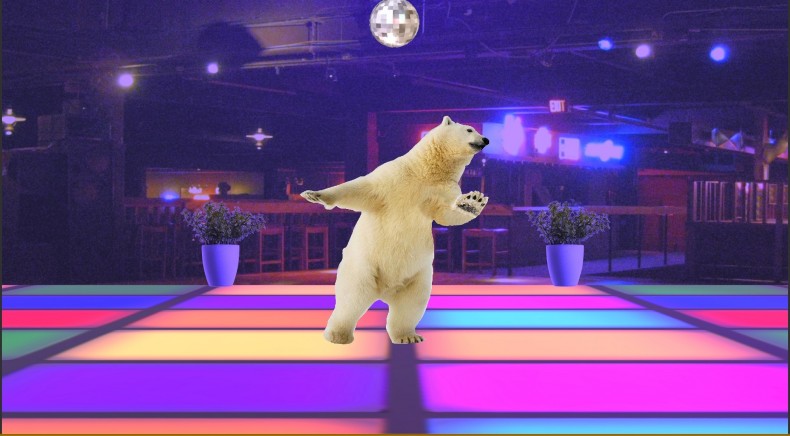 The IndieCade Showcase has taken up a small corner of the chaotic E3 showroom floor for over a decade now. Here, attendees can get face-time with developers and try out a slew of different, unique experiences. With its focus on small indie developers, IndieCade is a welcome reprieve from the carefully-crafted corporate blitzkrieg found in the larger publisher and platform holder areas.

While attending E3 this year, I stopped by the IndieCade area to chat with several developers and give them a chance to pitch their games to players. Whether a VR horror narrative, a survival game about the underground railroad, or the story of a dancing bear that has to come out of retirement, here is just a small sampling of the quirky games featured at this year’s E3 IndieCade Showcase.

“Chck is a game where you create life. It’s a survival, open-world game. These blocks all have different traits and attributes and when assembled together they create a creature. For example, a dog block acts like a dog. You add a dragon mouth to that creature, now it spits fire and acts like a dragon. This game has a creative mode, adventure mode, multiplayer. We’re early access on Steam and adding new content everyday.” “Our game is One Way Trip for PS4. One Way Trip is a choice-based, branching narrative game. It’s a low-fi take on a Telltale-style game. It’s set in a distance future where you and your brother find out that everyone has been poisoned and you have six hours until you all die. For those six hours, you’re going to hallucinate more and more. You have to figure out how to spend those last hours of your life. You can go on a big journey, try to search for the cure, or you can spend the whole game until the end credits at home hanging out with your friends, family, and neighbors, talking about what does it mean to have lived a life where you didn’t necessarily accomplish what you wanted to accomplish. What is the point of living? What makes a life well-lived or good?”

“Where the Water Tastes like Wine is a narrative game, but it doesn’t have a single, central story. Instead, we have 16 different characters who each have their own story. And each story was written by a different person. It’s like a collection of short stories in video game form. You play as this character wandering the Great Depression of the United States, collecting stories and spreading them around. You use these stories to uncover the narrative of the 16 characters that we have. That’s the basic concept.” “Disco Bear is the heartfelt story of a bear being asked to dance once more. It’s a comedy game where we wanted to explore alternatives to the awkward physics genre, including games like Octo-Dad, QWOP, and Surgeon Simulator, in terms of comedy coming from the interactions themselves. [Co-designer and developer] Katie Pustolski created a prototype that discovered that when you hand someone a controller and say, ‘You are a dancing bear for the next five minutes,’ people light up and get really excited about that. We compliment that with simple controls that invoke delightful, unexpected surprises everywhere. It’s a 10-minute long experience if that, as you go through the rise, fall, and rise again of Bear’s dancing career.”

“Sisters is on Google Daydream right now. It’s a three-part, episodic, virtual reality horror puzzle game. You’re trapped in this house in the middle of the night and you have to solve puzzles and find clues and try to get out of the house. Anybody who knows Sisters, knows our Sisters dolls, and you are being tormented by these two dolls while you try to escape, in addition to the other horrors of the house.” Somewhere in the South

“Somewhere in the South is a new take on survival horror. It takes place in the underground railroad. You have to guide a slave to the north. What makes it a little bit different is that there is no resting or saves. You have to complete it in one try. One feature I’m putting in the game is the element of prayer. That was really important among the slaves. You can actually pray and reduce the tendency of enemy encounters. Another thing is that you travel with a group of children, and you have to keep track of their health. One of the children actually has asthma. You can’t keep running and running. You have to maintain the child’s health. Another element is that sometimes you have to eat your own clothing to survive. That’s one thing a lot of people didn’t know about the underground railroad. Sometimes the slaves had to resort to eating their own clothing. It’s a really dark take on survival horror and I think it will open a lot of eyes and educate people about how terrible that situation was.”