previous
Pokémon GO Safari Zone event locations and dates announced for Europe
random
next
Danganronpa V3: Killing Harmony is cooler and crazier than ever before
0 comments

Cover star Luis Suarez gets his teeth into PES 2018 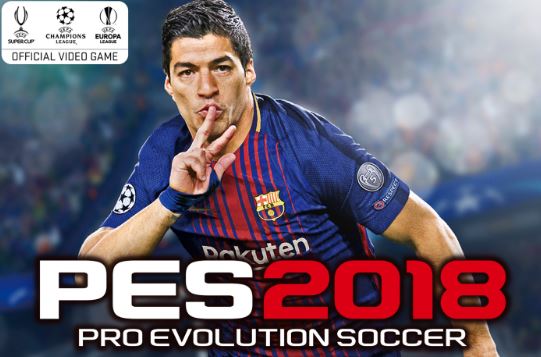 Barcelona Striker and overall bitey person Luis Suarez is the footballer chosen to grace the cover of Konami’s PES 2018.

The striker has made over 100 appearances for the club and scored over 100 goals for them, but then again his talent has never really been in doubt. Being given this gracious honour, Luis had to pay lip service to the stellar football series.

I’m a big fan of PES, so it’s a real honour for me to be on this year’s cover. Every year this game gets better and better and the work put into making PES 2018 really shows. I can’t believe how real, and lifelike I look in this year’s game. It’s simply amazing.

The player likenesses get better and better with every iteration of PES and this is no exception, Konami has put extra work in to ensure that the players in the game look and move just like their real life counterparts. But, I myself am looking forward to an improved user interface.

According to Senior Director of Brand and Business Development there’ll be a new build of the game for people to play at Gamescom this year:

Luis Suárez is to us the best and most complete striker in the world with a history that speaks for itself – we expect to see him break top scoring records in the upcoming season. We’re really excited to be working with him and have invested a lot of resources to properly recreate his skills and movements in PES 2018. We’re going to debut a new build of the game at this year’s Gamescom and can’t wait for gamers to get a chance to see a new benchmark of gameplay and the realism of Suarez!

A lover, not a fighter and an all round good guy (he would say that, he wrote this after all), he's happy to be here as part of GIAG.
MORE LIKE THIS
KonamiPCpespes 2018