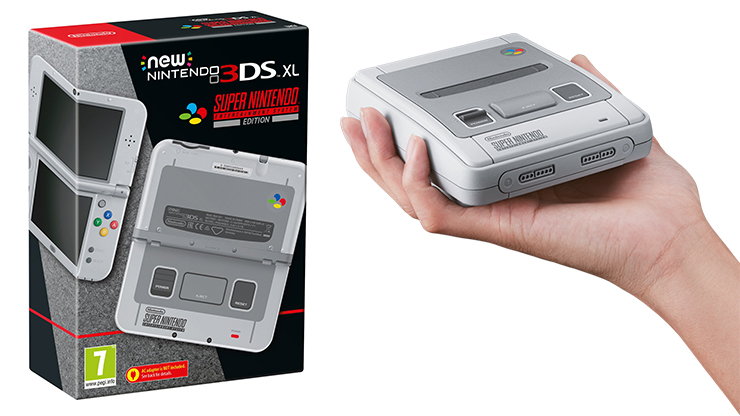 If you loved the SNES and want even more of it, Nintendo has you covered.

While the Nintendo Classic Mini: SNES launches later next month, there’s a New Nintendo 3DS XL – SNES edition releasing in October. It looks fantastic. It was also released in Japan a while ago but it sold out rather quickly. To coincide with this, three new Nintendo games join the Selects range. The fantastic Luigi’s Mansion 2, Kirby: Triple Deluxe, and Super Mario 3D Land will be available for £15.99 from that day.

Note: The image has the 3DS limited edition on the left and the Nintendo Classic Mini – SNES on the right.