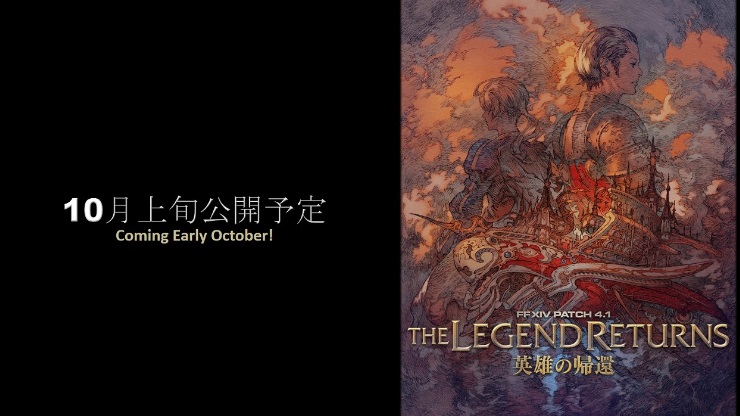 Square Enix announced the first details for Patch 4.1 for FFXIV that arrives next month.

At a 14 hour live stream for FFXIV‘s 4th anniversary, we got to know some details about the Ivalice aspect of Patch 4.1, and that the Yokai Watch collaboration is back on from today. Patch 4.1 will be called “The Legend Returns” and some of the new content arriving in it is as follows:

Yasumi Matsuno of FFXII and Tactics fame joined the stream to talk about the Return to Ivalice 24 player raid which he is writing the scenario for.