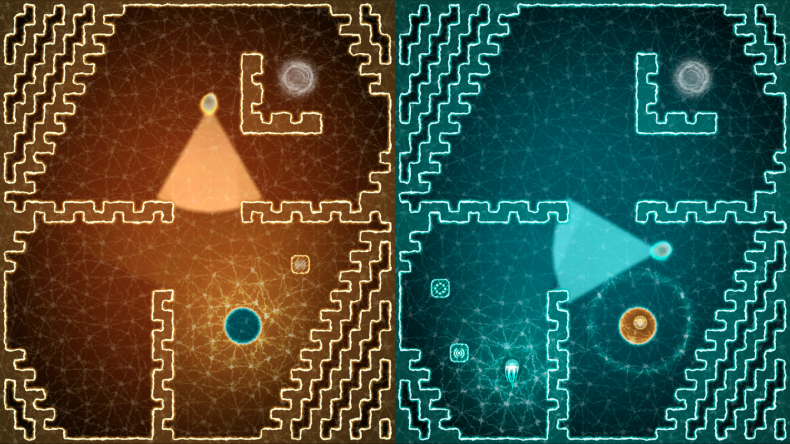 Read our Semispheres review here. The world merging puzzle game will hit Switch on September 14. The release will be in both North America and Europe. Here’s what the designer of Semispheres, Radu Muresan had to say:

“With its unique single-player split-screen mechanic, Semispheres challenges your mind by putting you in control of two characters at the same time, With a minimalist art style and a soundtrack by visionary composer Sid Barnhoorn, we are excited to launch Semispheres on the eShop for a new generation of Nintendo Switch players.”

Semispheres is available on PS4, Xbox One, and PC platforms. It will release on Nintendo Switch on September 14.