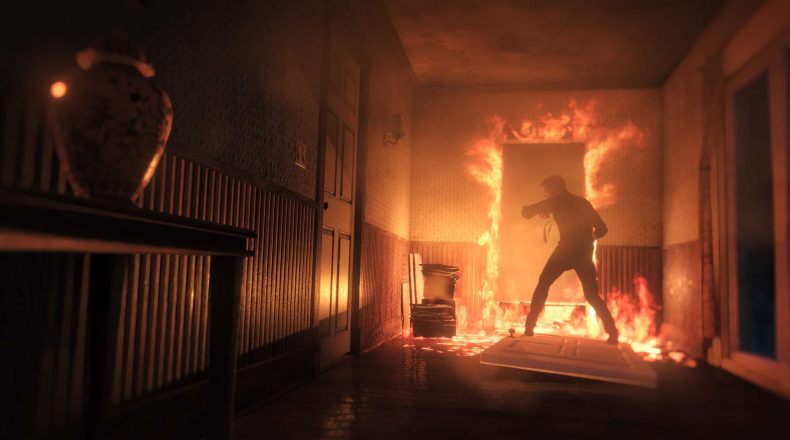 As far as I’m concerned, 2014’s The Evil Within was one of the best original horror games released in years. While I say original, it was really just a strange amalgamation of the old Resident Evil and Silent Hill games: it was a reality bending, slasher-horror hybrid that worked surprisingly well but was let down by its story and pacing. It appears however that these issues may be addressed in the sequel.

The Evil Within 2 puts you back in the shoes of Detective Sebastian Castellanos (still sporting some incredible hair), who is racing against the insane photographer, Stefano Valentini to find his once presumed dead daughter, Lily. Unassuming name aside, Lily was kidnapped by the Umbrella corporation, sorry, I mean Mobius, at the age of five and she is the current core of STEM. Already there’s a much more compelling and personal story here, and hopefully this new villain is as charismatic as the trailer suggests. At Gamescom I got to play two of the first chapters in the game, the first of which had a very similar framework to the original The Evil Within. Sebastian spent the majority of his time being chased down corridors and through rooms by some abominable, wall busting monster. After escaping, this is followed by a heavily scripted encounter with the main enemies of the game in a scene reminiscent of Resi 4. The chapter ends after reaching the first safe house where I was introduced to the item building, customisation, and the level up system. There’s a lot there but it all felt familiar.

The second chapter is where things got really interesting, the reins are handed over and I was let loose in a small town to find Lily. Bearing in mind that this is a survival horror game, every bullet is precious and there is no discernible way I could fight my way through the small army of the dead wandering the streets and loitering on the rooftops, so getting from point A to point B or C was rife with danger. I felt some major Silent Hill and Silent Hill 2 vibes as I ran from building to building trying to find supplies as I slowly made my way to Lily’s last known location. At risk of not knowing where to go at all times, Sebastian is fortunately equipped with a handy radio that can be used to point you in the right direction by listening to your daughter’s harrowing screams.

This new open area design allowed me to set my own pace, with the tension ramping up when I chose to progress forward, at least partially. One memorable moment I recall was when I tried to sneak around a nearby group of enemies impeding my path by skirting a vehicle. This lazy tactic was severely punished however because I did not think to check under the car: cue Sebastian getting his ankles grabbed and me swearing profusely as I fired half of my ammunition into the devilish bastard. The way my attention was drawn to the more obvious threat left me wide open and the game capitalised on that in the best way possible.

The Evil Within 2 is out October 13th on PC, PS4 and Xbox One. It clearly hasn’t lost the original’s edge and if all goes well it could be a serious competitor against Resi 7 for this year’s best horror game.