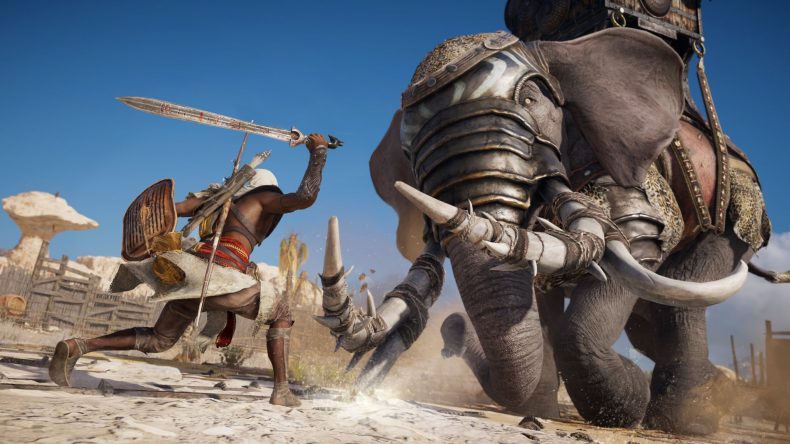 Wesley Copeland is one of the most down to eaeth folks of the games industry, and is a great writer to boot. Currently writing about Minecraft for Future Publishing, he’s also contributed to IGN, Kotaku, and Vice to name a few. Here’s Wes’ top 5 games of the year.

Sonic fans still haven’t forgiven SEGA for Sonic ’06 or Sonic Unleashed (why was he a warehog? I can’t even with that…). You could probably add Sonic Forces to that list now; the world’s most ‘OKAY’ Sonic game. And yet, after waiting for what felt like a century, we finally have not just a decent Sonic game, but a good one.

Sonic Mania returns Sonic back to his roots, albeit with a few new additions. Sure, it’s not perfect – boss fights can be tedious and certain levels run longer than Metropolis Zone – but the love and care that went into making something old-but-new is clear. Plus there’s a Knuckles & Knuckles mode (OHNO!). What more could you want? I wasn’t massively into Super Mario Odyssey. Probably because I don’t have a heart. I did have one, but I sold it to Theresa May for two Greggs sausage rolls. I later found out the heart didn’t take, and when the doctors opened up May’s chest, all they found was a blackened abyss and a post-it note that read “Fuck poor people.”

My youngest saw me playing and decided he wanted a go. We loaded up his profile and watching him play – vaulting over enemies, hunting moons, making seemingly impossible jumps – reminded me of who Super Mario Odyssey was aimed at. I may be too old to enjoy Mario games, but in my youngest son I see myself at his age. Relishing a challenge, exploring a vibrant world, trying to get that one final star I don’t need, but has to be earned. Playing Odyssey wasn’t for me, but watching my kid play was. Marvel Heroes Omega – which has since shutdown amid an endless mountain of shit – was too good for this world. How many Marvel games really get its flamboyant demigods right? Sure, Spider-Man is easy, but how do you let players feel like they truly control the weather as someone like Storm or bend reality as the Scarlet Witch? That’s where Marvel Heroes came in.

Storm can clear a field of Hydra jobbers in seconds thanks to some well-placed lightening, while Scarlet Witch can literally vaporise enemies with the click of a button (Note: that’s “literally” in ye olde sense, not the 2017 sense). Every character had been crafted with two ideas in mind: What’s fun to play, and what’s realistic to the character. But like all good things (cough the Constantine TV show cough), it went away before its time. Now who do I have to payoff to get Marvel Ultimate Alliance 3? It’s hard to explain in a few words what makes Origins so good. It’s not just the best Assassin’s Creed game, but it’s a great game period. When the Platinum Trophy finally popped, it was bittersweet. I’d finished the game, woo! But also, I’d finished the game, :(. I instantly wanted to jump back in and replay it from the start.

Parkour is the best it’s ever been, resulting in failed jumps/climbs due to player ineptitude rather than the game being a dick. Combat, while feeling messy at first, is engaging and taunts the player to continue levelling to unlock more new toys. And the world is the most alive Ubisoft game they’ve released. I once rode into a town to find Egyptians shouting at some Roman soldiers about how they’re sick of their treatment and how the Romans need to do one and go back to Rome. When this scene had played out, no quest popped to help liberate the Egyptians, or save someone taken by a rogue Roman. Just, nothing. Because this wasn’t a pre-quest I was witnessing, it was the world in motion. In any other year, Assassin’s Creed Origins would have been my Game of the Year. But it can’t be. Not this year. Nothing else could be this year… I shattered during the end credits of Hellblade. For all the “Heartless Games Journo” patter I’ve got, Senua’s Sacrifice affected me. When I look at Senua, I see myself staring back. Her pain, her struggle for control of a broken mind, encapsulates my life in a more poignant way than a rich, rock climbing murderer like Nathan Drake ever could. Senua is flawed, she hears voices, she can’t tell what’s real and what isn’t – and yet to me, she’s perfect.

Video games have the potential to help people in the same way a strong film or book can. Maybe even more so. Books and films don’t put the player in the shoes of someone else in a way that video games can. Hellblade elucidates what it’s like to hallucinate; to break into a thousand tiny pieces; to know what it’s like to only have yourself and your inner-strength to pull through. How can you even trust a faulty mind to put something so important like a brain back together?

The end credits feature a song by VnV Nation, titled Illusion. I can’t listen to it without falling apart. Not because it makes me sad, but because it reminds me of the pure joy of finishing Senua’s Sacrifice and feeling like someone, somewhere, finally understood me – as a person living through what Senua deals with – in a very real sense. If anything, Senua’s Sacrifice showed me I’m not alone, and my madness doesn’t make me a monster, and for that, all I have is gratitude to Ninja Theory for finally giving me the game I needed. Video games are cool. Don't let anybody tell you any different.
MORE LIKE THIS
goty 2017