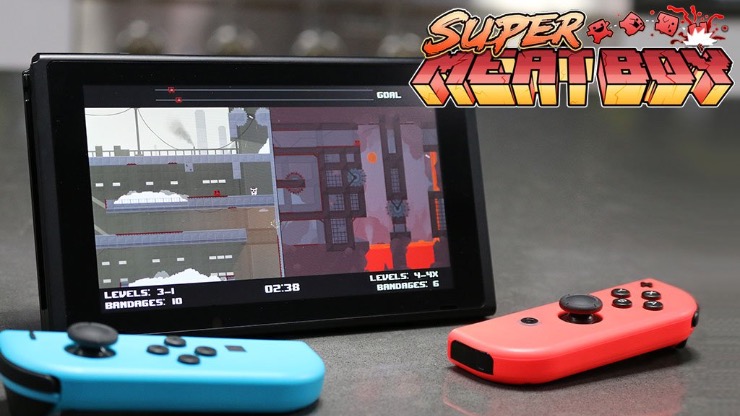 Originally announced to release before the end of the year, Super Meat Boy will release a few weeks later on January 11, 2018. The Switch release was touted to have something special and the Tweet revealing the release date also showcases a new split screen race mode.

No mention of the Danny Baranowsky Soundtrack being included but it is a safe bet to assume this release will feature the same soundtrack the PS4 and Vita versions had. Only the Xbox 360 (and Xbox One through BC) and PC platforms release has the original soundtrack.

As for a physical release, it seems that the chances are high.

Super Meat Boy is available on PlayStation 4, PlayStation Vita, PC platforms, and Xbox 360 already. It will be on Nintendo Switch on January 11.