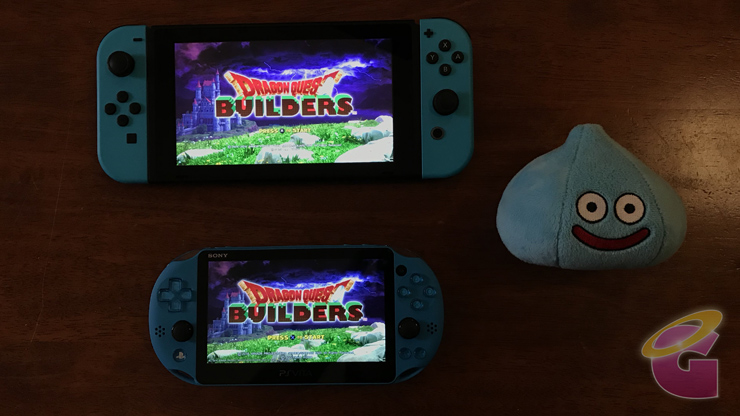 If you’ve never played Dragon Quest Builders on another platform or even read anything about it, you’re in a for a treat. Firstly, you don’t need to have played a single Dragon Quest game to enjoy this. In fact it can serve as a fantastic gateway into the franchise, but you should really play Dragon Quest VIII on 3DS just because it is a superlative game. If you take the best bits of Minecraft and combine them with the feel and sounds of Dragon Quest, but have it all blended into an excellent action RPG, you get Dragon Quest Builders. Builders sees you waking up in an unknown location and you find yourself guided by a voice. You are a builder and it is your destiny to rebuild the world. Minecraft has you building without restrictions mostly and without direction. It always felt lacking to me even though I keep trying to play it across every new platform. Builders hooked me from the get go. Everything from the tutorial to the nice flavour text and NPC dialogue is charming. If you’ve found yourself wanting to get into building games but needing direction, this is the game to get and the Switch version has various advantages over the existing PS4 and Vita versions.

When a game I’ve enjoyed a lot is ported to a platform I enjoy playing on, I make sure to replay bits on all platforms. In this case I replayed the first few hours on both PS4 and Vita after spending a lot of time on the Switch version and I was quite surprised. When it comes to the gameplay, one big change is in the button configuration. As with previous versions, there’s no button config changing aside from the triggers. The button choices here are far more natural compared to the random ones the PlayStation versions had. I lamented the lack of Cross-Save to transfer progress from Vita to PS4, but that obviously isn’t an issue here with a single version being playable in handheld mode and on TV. Builders plays great with Joy-Cons and the Pro controller. If you’ve already played Builders and want to know how the Switch version looks and runs, there is both good and bad news. For one, it looks and plays better than the Vita version in handheld mode for sure. Handheld mode has the gameplay targeting 30fps unlike docked mode. In fact this is easily the portable version to play if you want to take your adventure on the go. Docked, however, is a different story. Given the visuals one would think this would have no trouble running the same as the PS4 version. That isn’t the case. It doesn’t look or run as good as the PS4 version. In docked mode it targets 60fps, but this target is missed many times during gameplay while panning the camera or just while exploring. The bigger problem is frame pacing that seems more prevalent here than it was in the PS4 version while holding an item.

If you already played this on PS4, getting the Switch version is a no brainer for portable play. The Vita port didn’t have save transfer so you’d be starting off new regardless. If you played this on the Vita, this is even more worth it because I love how good it looks on the Switch screen. Buying it for TV only play depends on your sensitivity to frame pacing issues or frame drops. They might go unnoticed for many, but are deal breakers for some. After playing Builders when it originally released, I’ve been catching up on mainline Dragon Quest games through the iOS, DS, and 3DS entries. It is great to have builders on a Nintendo platform not just because the franchise has a huge history with Nintendo, but also because playing it in handheld mode has been a joy. I’ll be playing this for a long time and look forward to giving my final thoughts on the Switch port closer to release.