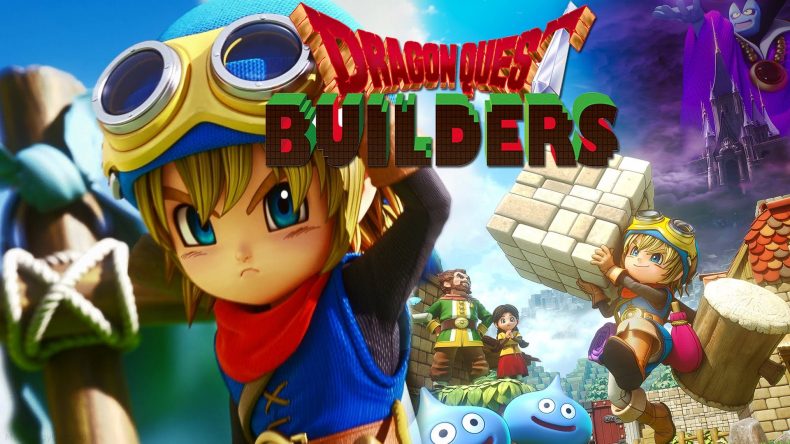 Over the course of playing games on multiple platforms across the years, each person finds a favourite for each game. In my case it is usually a portable version regardless of performance or visuals. When Dragon Quest Builders got localized on PS4 and Vita, after reviewing it on PS4, I put way more time into the Vita version. I wish I could’ve transferred my save but not every game on both those systems supports cross save. When the sequel was announced for both PS4 and Nintendo Switch, I knew which version I would play immediately. Thankfully Nintendo and Square Enix have gotten the original Dragon Quest Builders onto the Switch to satiate fans until the sequel releases and this is a great port of a fantastic game.

On the surface, Dragon Quest Builders looks like Minecraft with a Dragon Quest skin to many people. While that itself would be something, this game is so much more and ever since I played the demo in Japanese years ago, I knew this was something I’d play much more than Minecraft. In fact despite owning Minecraft on literally every platform and trying multiple times, I never got on with it much after a few hours. The concept seemed perfect, but I needed some direction and that’s exactly what Dragon Quest Builders is. It is a spinoff and you need no real knowledge of the franchise to enjoy this. In fact if you’ve never played a Dragon Quest game or Minecraft, this is still something worth looking it. It has a story mode that keeps you busy and gradually gives you more and more to play with before you do get to explore the free play creative mode.

As with many JRPGs, you wake up with a voice talking to you and you have no idea where you are or what is going on. You discover that you are a builder and it is your job to rebuild the world and save everyone from ruin. A quick tutorial leads you into the first of many quests which are a part of the first chapter. In fact the demo is very generous and it includes the first full chapter so you definitely should check it out to get a good idea of what this has to offer. The localizations of Dragon Quest games have been charming for a while now and you will have fun with the story here for sure. I keep drawing parallels with Minecraft for building, but this is also as much an action RPG as it is a builder game. You will need to slay various monsters from the Dragon Quest games that are all present here adding to the charm of the environment. I had a blast completing quests to see the small sandbox grow into something great. Progression is great although the new chapter reset of everything built is annoying. Finding new materials results in new recipes to make Alefgard into something amazing. Combat is also fairly simple and straightforward. In fact this game is very welcoming to gamers of any skill level even though it doesn’t have a difficulty setting.

Visually there are ups and downs here. In handheld mode, I’m glad that this runs at a native 720p. It unfortunately has the same resolution docked. There are some visual effect differences in both modes, but otherwise they are interchangeable for the most part. Performance is where things vary a lot. In docked mode, this targets 60fps but misses it quite often during movement. There’s also a random stutter that occurs while moving the camera. In handheld mode, it fared much better for me. This is easily the definitive portable Dragon Quest Builders experience. The Switch version is in an interesting place compared to both the PS4 and Vita versions. It obviously allows you to play at home on TV and on the go but the docked image quality and performance are not as good as the PS4 version. If you already played this on PS4, get it for handheld play here. If you already did on Vita, I’m not sure there’s any point in getting this unless you want to replay it with better visuals on a new handheld. For new players, the Switch version is easily the one to get today just to have a version you can play anywhere and at home without having the lose progress thanks to a lack of a cross save as with the PlayStation versions. Bonus points for Nintendo managing to do a physical release with the original Toriyama art.

One big missed opportunity with the Switch version is the lack of touch screen support. Many developers avoided using the touch screen on the Vita but having full touch support for menu navigation on inventory would have been amazing. The Minecraft release is great for that reason. The Switch has a touch screen and I wish more developers utilized it. Another problem is the lack of customizable buttons. While the original didn’t have it, I was hoping to see this version would allow for that.

It has been fun revisiting Alefgard on the Nintendo Switch and playing Dragon Quest Builders for the third time. The Switch version offers a lot of advantages over the other two and in general, it is good to see another Dragon Quest game on a Nintendo platform. The Switch is already home to Minecraft, Portal Knights, and it is getting Terraria also I believe. Having played all of those, I still have the most fun in Dragon Quest Builders even with its flaws. It is a great game in its own right and a perfect fit for the Nintendo Switch.

Dragon Quest Builders is quite simply a perfect fit for the Nintendo Switch and a brilliant entrée before the sequel releases this year.