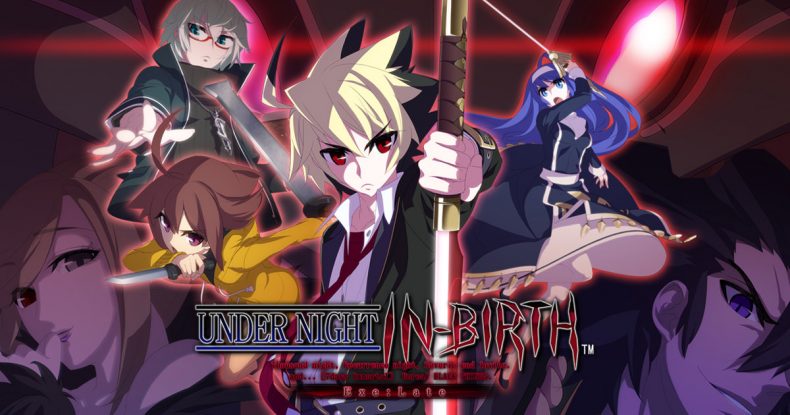 Over the last few years, fighting game fans have had access to some excellent releases through new entries in old franchises and big updates to old games. Even newer fighters like ARMS have impressed many. Ever since I played Guilty Gear Xrd Sign, I’ve been a fan of Arc System Works and have since been looking into their back catalogue of both developed and published releases. I was always interested in checking out the PS3 release they did for Under Night In-Birth Exe: Late but barely got any time with it. When the ultimate version was announced for all PlayStation platforms, I was hyped to properly play it. That’s exactly what Under Night In-Birth Exe:Late[st] is, and while I have my reservations about some aspects of it, it is a competent fighter and has a ton of things for you to learn and enjoy.

If you’ve no clue why the name is beyond insane, well this is the ultimate version of a fighter that existed on PS3 and PC that was already an enhanced release of an arcade release in Japan. You’re probably wondering why anyone would release a fighting game this close to Dragon Ball FighterZ and even Dissidia Final Fantasy NT. I was shocked at the release date for this as well but after playing it, there’s definitely a niche for this kind of anime fighter. When I mentioned getting into the stuff Arc System Works is involved with, despite owning every single BlazBlue game and playing through the story modes, I haven’t actually had fun playing it as a fighter. Guilty Gear has been my go to game but BlazBlue just never clicked with me. UNIST (the acronym for this game) hooked me in real good once I started spending time training and getting into the various systems at play here. In fact it feels like a nice middle ground between the Street Fighters and the anime fighters available today. In fact, despite its somewhat flashy (at least in animations) visuals during the crazier moments, it is relatively simple to get into. Meter management plays a big part of your learning here. There’s a GRD system here that can be molded into various things like a damage boost or you can use it to get out of sticky situations, but it isn’t something you can rely on to comeback or easily turn the tide of the current match. The tutorial while not as nice as the Revelator one that basically is the gold standard, does a great job. It is very detailed and teaches you everything from the absolute basics to Chain Shifts and mastering the GRD system. In addition to this, there’s a combo challenge mode and the usual modes you’d expect like survival mode and score and time attack modes.

Instead of just having a traditional arcade mode with 10 battles and a light story, there’s a whole visual novel like story mode called Chronicles that is split up by characters. Each character segment has its own chapters and I didn’t expect this to be interesting let alone long. It is meaty enough to satisfy me for what I look for in anime fighter story modes, but visually it is it sadly inconsistent. Spending time with any in game mode usually rewards you with currency you can use to unlock cosmetics for use online or different colours for characters. There’s also a gallery that has various promo videos, openings, and static art for the game and characters.

I’m a big fan of nice sprite work in fighters and I love the stuff on display here. The characters themselves are quite different from each other, but the animations and arenas are very slick. The environments are forgettable, but I expected that going into a game with what definitely has a lower budget than other Arc titles. The only real complaint I have with visuals is how the portraits themselves in the story mode visual novel sections and the portraits on near the health gauges look low resolution. In a lot of ways this feels like a barebones port of a PS3 game when it comes to visuals at least. The main menu is also very poorly thought out. You just have a list of everything together with no segregation. Voice acting here is all in Japanese. Given how bigger titles like BlazBlue Central Fiction didn’t get a dub, I’m not surprised by the lack of one here. Raito’s soundtrack is really great. Even background music during stages is good but the highlight is the character battle themes and the opening music for sure. The problem here lies in the localization. There are some situations with broken sentence fragments and what feels like a direct translation without any thought to how things fit in context to the scene.

If you’ve been playing and sticking to fighting game franchises like Street Fighter only, this might be a great way to dip your toes into the anime fighting world mechanically at least. The biggest thing working against it right now is the release date as far as I’m concerned. The few games I managed to play online during the review period were mostly lag free. There was one that was a slow motion teleportation fest but the rest were ok. Under Night In-Birth Exe:Late[st] is a mechanically sound fighter and it may be my favourite Arc System Works fighter outside the Guilty Gear Xrd series. Hopefully this being on PS4 along with cross play across PS3 and worldwide servers will see it getting a decent community online.

Under Night In-Birth Exe:Late[st] is a great middle ground between the Street Fighters and the anime fighters that exist today with a deep and yet accessible gameplay and great tutorial.

UNDER NIGHT IN-BIRTH Exe:Late[st] is now available on PS4, PS4, and PS Vita in NA and EU

UNDER NIGHT IN-BIRTH Exe:Late[st] releases on February 9 for PlayStation platforms

UNDER NIGHT IN-BIRTH Exe:Late[st] announced for Q4 2017 release in Europe!