previous
SolSeraph review
random
next
They Are Billions review
1 like 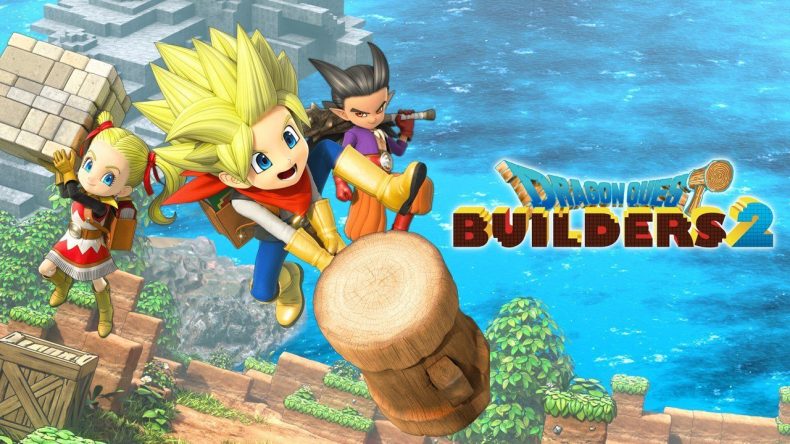 I’ll admit, I’m no Minecraft fan. I’m someone who requires a considerable amount of structure in my game play experiences, it’s why I don’t get on with open-world games, there are just too many distractions. This problem of mine is why Dragon Quest Builders resonated so well with me, having a story and a goal to work toward made it easier to enjoy building things, so I was pretty stoked when I got my hands on Dragon Quest Builders 2.

As you’d expect this is more of what went before, you’re a builder looking to transform the Island of Awakening into a brand new utopia. On your journey you’ll venture to other islands to stock up on supplies for your grand plans and may even come across islands with their own stories for you to help them through. Playing through these islands you’ll come across places decimated by the Children of Hargon, a demon cult looking to control the population by telling them that builders are harbingers of destruction and that the only way to save themselves is to destroy anything and everything. As you rebuild these settlements you’ll win people over to the pleasures of building, creating blueprints and designs as your settlement and you as a player improve. As the residents enjoy their lives they’ll drop hearts which you can collect, and once you’ve collected enough you can ring the bell and have the place level up. Doing this will drop a load of new recipes into your list of things to build which obviously helps when you head back to your own island and want to fill the space up. The residents are dab hands at this building stuff too and can be relied on to create food and even build provided there’s a blueprint down and the relevant materials are stored in a chest somewhere.

Thankfully residents can also be relied on to farm as well. As long as a settlement has good soil you can create fields to grow food in, just place a scarecrow down, fence it off if you want it to be bigger and watch as your willing populace tills the soil. Once you’ve grown a single vegetable you can label the scarecrow in the field with that item and from then on the villagers will continue to plant seeds and water the crops ensuring you have a constant supply of food growing. Annoyingly it’s still left to you to harvest said vegetables, but thankfully these don’t spoil so you can leave them until you’re ready to collect.

These little quality of life improvements effectively remove a lot of the busywork that games like this can get bogged down with, and there’s another one that’s very welcome: Malroth, an amnesiac that you find on the beach when you wake on the Island of Awakening. He’s got a penchant for destruction and a look that screams ‘not a good guy’, but he quickly warms to you and starts to follow you around. As a guy who loves to hit stuff Malroth is a dab hand in a fight, and as long as you keep him equipped with the best weapon(s) he’ll do a lot of damage, making world traversal much easier. Malroth’s got decent AI as well, and he’ll stick close by you and will generally attack anything that shows aggression towards you, or he’ll attack whatever you’re attacking. This lord of destruction is also pretty good at gathering materials, if he notices you grabbing particular things off the ground as you roam he’ll start collecting them too, this means you’ll pick things up double quick. Despite the protagonist’s wordless nature the interplay between that character and Malroth is quite heartwarming, from the knowing nod they give when they level up to the hi-fives they do after a job well done.

Another fix to the original game is that weapons and building tools do not degrade over time. Build yourself a cypress stick and it’ll last until you make a better weapon, use the hammer to break as much stuff as you want, you won’t have to make a new one; even armour stays with you until you manage to create something better so you can get on with the important work of building rather than needing to ensure you’re well equipped.

So, that’s most of the annoyances from the original out of the way: less busywork, a buddy that follows you around, no item durability concerns and help in combat, but the game still has the awkward third person control method requiring you to press L1 to look up and L2 to look down when placing or needing to break something. You can use first person view to eliminate this, but that’s not for me. Also multiple functions to a single input is never helpful. On PS4 the touchpad brings up the map, but if you happen to be standing in a blueprinted area then it’ll bring up the blueprint instead, meaning you’ll need to retreat several steps should you fancy warping somewhere and there’s a blueprint down. The game also doesn’t look as good as it could, either. The original was sharp and vibrant, but this seems muted and fuzzy. I was playing on a PS4 Pro and it looks like the game’s been built with the Switch in mind and then ported up to PS4. I’d not normally be bothered by something like that, but it all just looks off. Omega Force has also made the UI darker as well, the majority of it now being large expanses of blackness punctuated by icons and titles. Some tooltips also have small text in them making them difficult to read at a distance. These things are a shame and certainly things I hope receive some sort of patch in the near future. They’re not deal breakers but they are thoughts that I just couldn’t shake after hours of play.

Dragon Quest Builders 2 is still a considerable improvement on what went before. There have been so many quality of life improvements that means that if you liked the original then you’re going to love this. Yes there’s a few backwards steps but in the grand scheme of things they kind of pale into insignificance, and let’s face it, it’s really lovely to experience this kind of Dragon Quest story with a world you literally help build. On a final note, initially the game may feel like a lot of hard work but like most things if you put in the time you get the rewards. see it though and there’s enough around to ensure that you’re not just working hard, but building up to something great.

You may also like
Dragon Quest Buildersdragon quest builders 2PlayStation 4